State Sen. Jason Barickman ’98 delivered an inspiring presentation to students in Professor Nancy Lind’s POL 296: Professional Development class. When he graduated from Illinois State, Barickman’s original thought was that he would attend law school except for the fact that he did not take the LSAT. During his senior year, an accounting professor called him aside and asked him to meet with the Ernst and Young Accounting firm. They were looking for a liberal arts graduate who had the capacity to learn quickly and who would be the interface between the technology employees and the clients. Barickman accepted the job and traveled around the country and the world for five years.

Barickman then explained when 9/11 hit, his world changed. He realized that he felt unfulfilled in his career and he wanted to return to his roots in Central Illinois. Specifically, he had three goals: 1. To return home; 2. To obtain a law degree; and 3. To explore politics.

As a law student at the University of Illinois, where former Governor Jim Edgar was teaching a class, Barickman knocked on his door to try to encourage him to run for the U.S. Senate. Edgar declined but ended up hiring Barickman to work for him for two years while Barickman was a law student.

Barickman cites Edgar as one of the mentors who had the largest impact on his career. As a legislator, Barickman prides himself on having a policy impact at the state level, on approaching legislation as a problem-solver, and as always conducting himself with honesty and civility.

In closing, he described his internship program to students as well as the Illinois Legislative Staff Internship Program.

Marin County could have had BART, but backroom politics got in the way – SF Gate 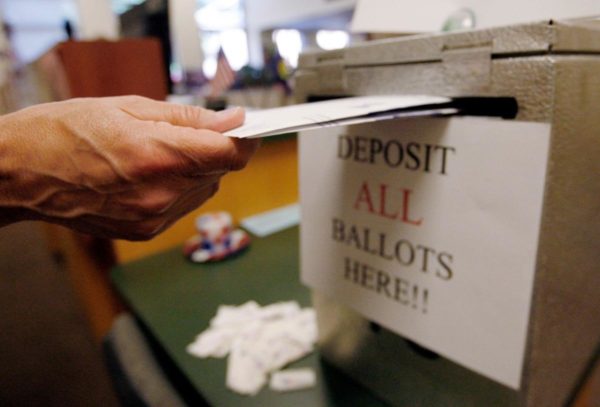