At-large fundraising and expenses by candidate

These figures cover the reporting period from April 13 to Oct. 11.

These figures represent the reporting period from April 11 to Oct. 9, 2015.

With a city of nearly 265,000 residents, candidates for an at-large seat on the Fort Wayne City Council are tasked with running a mini mayoral race.

The three elected to council seats on Nov. 5 – Tom Freistroffer, Michelle Chambers and Glynn Hines – raised a collective $46,536 following the May primary. They spent a total of $42,331 by Oct. 11, when preelection campaign finance reports were due to the Allen County Election Board.

But the candidate who reported raising the most money lost. Republican Nathan Hartman, who ran his second unsuccessful City Council campaign this year, raised $30,550 in the months following the primary. He spent $26,832 between the primary and Oct. 11. That’s more than half of what the three successful candidates spent combined.

“Sometimes you have to ask if it’s worth spending the money,” said Andrew Downs, director of the Mike Downs Center for Indiana Politics.

If a candidate can’t justify the expense, then it would be worth spending money on cheaper forms of communication, such as direct mailers, of which many landed in voters’ mailboxes this election cycle, Downs said.

Chambers, who ran unsuccessfully for City Council in 2015, said she started working toward the 2019 election immediately after her loss four years ago.

Chambers became the first black woman to hold the position of city clerk – although for just 45 days – following the retirement of former City Clerk Sandy Kennedy. Chambers has also been active on city boards and commissions, including the Metro Human Relations Commission, for the past four years.

Freistroffer said coming from a large, well-known family helped in his campaigns. But he also credited his status as an incumbent, endorsements from the city’s newspapers and appealing to residents on infrastructure, safety and businesses for his win this year.

“My background is as a teacher, a coach and a businessman,” he said. “It all helps, along with being the incumbent.”

Hines is the only current council member to have run successfully in both district and at-large races. In an interview last week, Hines said he used the same principle he did when campaigning in the 6th District, but amplified. It takes about 5,000 to 6,000 votes to win a district race, he said.

“So you target, where do you get 5,000 to 6,000 votes, so you’re kind of strategic, but you have a very limited area you have to cover,” Hines said. “At large, you multiply that same principle by six and expand on that with targeted mailers and commercials to the entire city versus one specific district. The challenge is coverage, messaging and, of course, raising enough money to compete at that level.”

Freistroffer said he looked back at his 2015 race and evaluated which precincts needed more attention. That’s how he coordinated his door-knocking campaign and mailers, he said.

“ You have to show the whole city that you’re out there as a councilman at large,” Freistroffer said, noting that some people aren’t aware they technically have four City Council members: one district member and three at large.

When faced with the challenge of distributing a message to the entire city, Hines said his most important tool was the TV commercial he aired for two weeks in October highlighting his work to bring “commonsense developments and good jobs to Fort Wayne.”

“When we work together, we make life better for Fort Wayne residents,” Hines says in the ad.

Hines said he believes the positive messaging from the three winning at-large candidates appealed to voters.

“Obviously for the last six terms, what you would call a Republican city has elected a Democrat mayor,” Hines said. “I think if you have good messaging and – in the case of (Mayor Tom Henry) and I – have good results over the course of your career, the city’s open to electing a person who best represents their interests.” 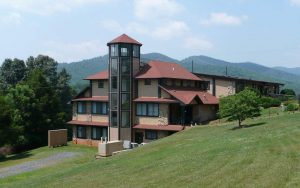