The mind-bending puzzle that is crafting the federal cabinet – CBC.ca

This article is part of CBC News’ Minority Report newsletter, which is your weekly tip-sheet to help you navigate the parliamentary waters of a minority government. Sign up here and it will be delivered directly to your inbox every Sunday.

I’m kidding. Well, I am very excited for Celine live, but I’m also very excited for this week’s cabinet swearing in. On Wednesday the prime minister will announce who he’s picked to sit around the table with and decide the future direction of our country.

With a purpose as simple as that, the process has to be easy right? Nope! Not at all according to, essentially, every person I’ve asked. In fact, they’ve all told me it’s a process that’s hard on everyone involved.

One cabinet minister under Joe Clark shared a funny story with me that illustrates this point. He had travelled to Ottawa to make sure Clark knew he was around should the inkling to put him in cabinet strike. He waited by the phone for hours but to his deep disappointment, he received no call. His wife was upset, got on the horn and began talking to friends to let them know. The next day Clark called to ask him to be in cabinet — telling him they would have spoken earlier but every time he called, the line was busy. Insert laughing emoji here ;).

We’re all familiar with the fact that many considerations go into picking who gets in, and what portfolio they get. Their region, experience, background and gender have all played, and will play a part. This time, there’s the extra consideration of parliamentary reality; the Liberals don’t hold a majority.

“I don’t envy any of the choices he has to make in the next couple of days,” Brodie said.

Both Brodie and David Herle, a top adviser to former prime minister Paul Martin, say the considerations that go into building cabinets have evolved over the years.

“Cabinet, years ago, used to be sort of monolithically Christian, white and male,” Herle said. “Now we’re not as structured around those things, it’s not about excluding people, it’s about how do we include people.”

Brodie notes the evolution as well.

“Today we have a much different society to choose from. Part of being an immigrant society is to show that we can bring people into the political process quickly when the demographic composition of the country changes…the last couple of governments have been very attentive to that sort of thing and rightly so.”

Both Brodie and Herle, in separate interviews, likened building a cabinet to assembling a jigsaw puzzle.

A case of ‘who can best guess’ what that puzzle will look like has also overtaken Ottawa the last few weeks, much like it does every time a cabinet is picked (yes, Ottawa is that exciting folks).

At this point, a major overhaul – both in cabinet and the Prime Minister’s Office – isn’t the expectation (and among Liberals I talk to, most aren’t thrilled by that).

But there could be some big moves, chief among them Chrystia Freeland leaving foreign affairs. You can be certain if she does move, where she’s placed will give us a clear understanding of the government’s priorities for this mandate, however long it should last.

In fact, the makeup of cabinet overall will do that too. Will there be a focus on economic growth, climate change, innovation? For the answer, look to who is appointed to oversee those areas, and if they retain their own portfolios. How important will the relationship with the provinces be? Check out who heads up intergovernmental relations. And finally, how will Trudeau address the total lack of representation of the government in Alberta and Saskatchewan? What priority will be placed on resources and the economy? We will get our first hint at an answer Wednesday. Christmas morning has come early. See you there!

This is just one part of the Minority Report newsletter. In this week’s issue Éric Grenier compares the Liberals’ loss of seats to historical examples to see how Trudeau’s team stacks up. Plus, the Power Panel gives their advice on what the parties should be doing in the week ahead. To read all of that and more sign up for the newsletter here and it will be delivered directly to your inbox every Sunday. 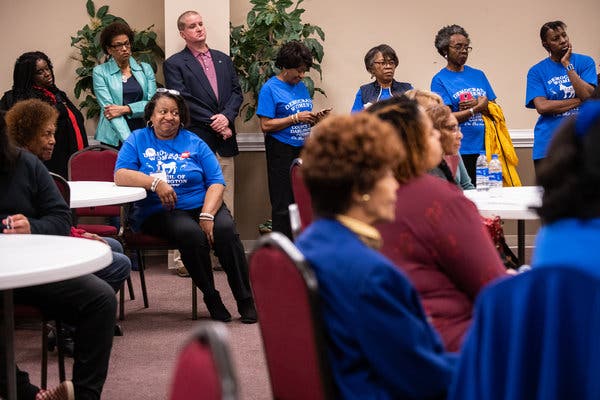 The Big Ask of Black Voters: Trust the Government – The New York Times