Bill would eliminate most elections in odd-numbered years

OLYMPIA, Wash. (AP) — A House panel is considering a measure that would eliminate elections in Washington state in odd-numbered years, with supporters arguing it would increase voter participation and opponents saying it would unfairly limit voters’ ability to file ballot measures.

House Bill 2529 would permit elections in odd-numbered years in limited circumstances, such as special elections, including school levies or recall of a public official. By 2026, all local elections would have to switch to even-numbered years, though special elections could continue in odd years. State ballot measures, which are seen most years, could only be run in even years starting Jan. 1, 2021.

The House Committee on State Government and Tribal Relations held a public hearing on the bill Wednesday.

Supporters of the potential change point to historically low turnout for off-year elections. In the most recent election last November, just 45 percent of voters returned their ballots, compared to the nearly 72 percent who voted in 2018. In 2017, just 37 percent of the state’s registered voters cast a ballot.

In a presentation to the committee, Zoltan Hajnal, a professor of political science at University of California San Diego, cited a California study that showed moving to on-cycle elections doubles or even triples voter turnout.

“Not only do you get a lot more voters, but you get a more representative set of voters,” he said.

Republican Secretary of State Kim Wyman said she has several concerns with the measure, including limiting the years voters can pursue ballot measures.

She cited the recent referendum on an affirmative action measure that the Legislature passed last year and which voters rejected in November, noting that voters would have had to wait an extra year to challenge lawmakers’ actions if the proposed measure had been in effect.

“I’m not sure that that serves the people well,” she said before the hearing.

Washington moved to yearly elections in 1973, and Wyman noted that in the last election before that change, there were 24 ballot measures on the 1972 general election ballot. She said a return to such a lengthy ballots would result in voters giving up before they vote on the local races at the end of the ballot.

“My concern is we’re going to see drop-off by voters and it will actually result in less participation,” she said.

Linda Yang, who helped run the referendum effort Wyman mentioned, told the panel that if “the Legislature does not want the people to exercise their constitutional right to propose or repeal laws in odd years, then the Legislature should not have the power either,” she said.

Andrew Villeneuve of the Northwest Progressive Institute, who supports the bill, told lawmakers on the committee that while the state constitution requires a 50-vote majority to pass a bill in the House, in low-turnout off-year elections, a fraction of registered voters decide “what laws we should all live by.”

Copyright 2020 The Associated Press. All rights reserved. This material may not be published, broadcast, rewritten or redistributed.

President Donald Trump’s legal team issued a fiery response ahead of opening arguments in his impeachment trial while House Democrats laid out their case.

The impeachment trial of President Trump quickly burst into a partisan fight. The Senate rejected a number of amendments to impeachment rules; votes and debate continued past midnight Eastern time.

2020 Watch: Will impeachment change the primary?

There are just two weeks left until the Iowa caucuses. Here’s what we’re watching heading into a new week on the 2020 campaign.

2020 Watch: Will impeachment change the primary?

The impeachment trial of President Trump quickly burst into a partisan fight. The Senate rejected a number of amendments to impeachment rules; votes and debate continued past midnight Eastern time.

ANKENY, Iowa (AP) — Democratic presidential candidate Pete Buttigieg said Saturday the Oval Office benefits from the perspective of a wartime veteran, a niche he occupies exclusively among top-tier candidates in his party’s race for the 2020 nomination.

Judge deals blow to woman charged for being topless at home

SALT LAKE CITY (AP) — A judge refused to overturn part of Utah’s lewdness law Tuesday in a blow to a woman who’s fighting criminal charges after her stepchildren saw her topless in her own home.

FLORENCE, S.C. (AP) — Democratic presidential candidate Pete Buttigieg, who has been criticized for his slow outreach to black and other minority voters, has rearranged his schedule to make room for events in early-voting South Carolina that honor Martin Luther King Jr. 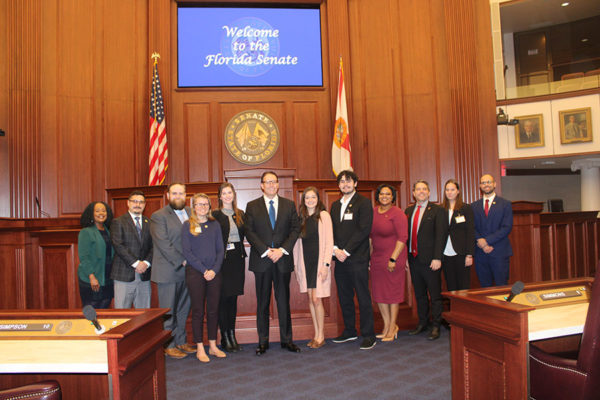 All Politics Are Local: Impeachment 101 and next steps – WSAV-TV

Bernie Sanders vs. The Machine – The New York Times