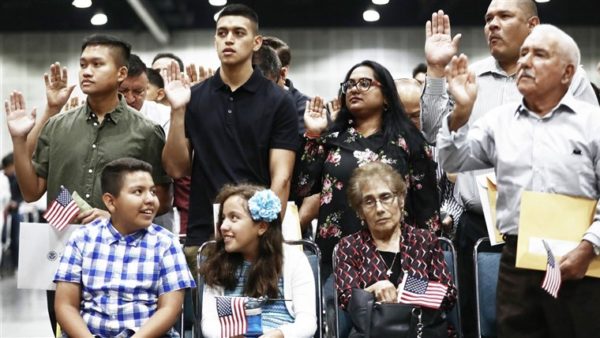 WASHINGTON — Texas Gov. Greg Abbott on Friday became the first governor in the country to refuse to take in refugees, but 18 of his 26 Republican counterparts have chosen to open the door to refugees, much to the surprise of the Trump administration.

In a September executive order, President Donald Trump gave states and local governments the right to reject refugees, but instead of saying no, most state and local officials have blindsided the administration by opting in, according to two former officials familiar with the matter.

Some of the local governments choosing to accept refugees voted heavily in favor of Trump in 2016, after an election campaign in which he vowed to clamp down on immigration and the flow of refugees — particularly Muslim refugees.

“They thought they were throwing red meat to their base. It’s a spectacular blowback for them,” said a former senior U.S. official familiar with the discussions, who did not want to be named. “It was a mistake to assume that just because it whips people up at a Trump rally, that it will have the same effect on people in a community.”

Both backers and foes of the Trump administration position attribute the unexpected support for refugees to the influence of religious groups, especially evangelical leaders, who despite the Republican leanings of their flocks have lobbied political leaders not to block refugees.

“A lot of our churches on the ground are involved in caring for refugee families.” The Southern Baptists are the nation’s largest non-Catholic denomination and a major force in the Republican heartland of the Deep South.

In September, Trump signed an executive order permitting states, cities and counties, for the first time ever, to opt out of accepting international refugees.

If the localities take no action by Jan. 21, funding for refugees will be cut off, meaning there will be no resettlements there.

Only if local officials publicly say yes to refugees by that deadline do their cities and counties have to accept them. The wording means politicians would have to take a potentially unpopular position in favor of immigrants.

With the deadline less than two weeks away, governors of 41 states have opted to accept refugees, as have leaders in 86 local communities.

Meanwhile, two local governments have actively chosen to reject refugees, though no such action is needed to block resettlement. In addition, one mayor has refused to sign off on his city council’s unanimous approval of taking refugees, thus preventing it from becoming official.

Seven GOP governors — including the governors of Georgia and Florida — have not announced a decision.

After several Republican governors said they would keep the door open to refugees, the White House organized a conference call with governors in November, explaining the Trump executive order and reminding them that they were not required to take any proactive steps, according to one former official. The conference call, which included Andrew Veprek, a senior Department of State official overseeing refugee policy, was first reported by the New Yorker.

The White House and the State Department did not respond to requests for comment.

The U.S. government established the Federal Refugee Resettlement Program in 1980, and has admitted thousands of refugees fleeing religious and political persecution. Under the program, the government works with nonprofit agencies and local authorities to resettle refugees in communities across the country.

Under the Trump administration, however, the cap on the number admitted annually has been cut repeatedly. Officials reduced the ceiling for refugee admissions to a new low of 18,000 for fiscal year 2020, the lowest since the program was established 40 years ago. That number was already down from a cap of 30,000 for FY 2019, and 45,000 for FY 2018.

The Sept. 26 executive order that cut the total to 18,000 also added the condition that cities and states must now give written confirmation that they will accept refugees in order to continue participating in the federal program.

The nation’s largest refugee organizations are run by religious denominations, and many of them, including the Lutheran Immigration and Refugee Service, HIAS and the Church World Service, filed suit against Trump’s executive order in a Maryland federal court. A judge heard oral arguments Wednesday, and if the judge stays the order all decisions by local governments would be mooted.

“We are confident the judge will recognize that a preliminary injunction is the only way to serve justice for refugees and the communities that welcome them,” said Krish O’Mara Vignarajah, the president and CEO of the Lutheran Immigration and Refugee Service.

In addition to the suit by faith-based refugee groups, 1,600 evangelical leaders have lobbied state and local officials to keep taking refugees.

Dan Darling of the Southern Baptist Convention told NBC News he had been surprised by the pro-refugee “ripple effect around the country” among GOP officials after Trump’s order.

“It’s a positive step in depolarizing the issue of refugees,” he said.

Aurora, Colorado, Mayor Mike Coffman, a former GOP congressman, said he expects his city to opt in to the refugee program in a vote Jan. 13. “For those of us who live in communities that are diverse that have experience with refugee populations, it’s an emotional issue. They are one of us.” He said he believes both parties have gone out of their way to polarize the issue, adding “certainly the Trump administration has been a part of that.”

Local business leaders have also argued in favor of resettlement, since many companies rely on refugee labor.

“For me, it is not a political statement; it is a human statement,” Judge Nancy Tanner, the top official in Potter County, Texas, said. “The panhandle of Texas has many refugees working here. Whether it be the cattle industry or the dairy industry, these people add a very important piece to these businesses.”

Tanner did not have a response to the news late Friday that the governor was rejecting refugees.

Mark Krikorian of the Center for Immigration Studies, who supports curtailing immigration, said communities like the Texas panhandle use the refugees as a backbone for their labor pool.

“The meatpackers have joined hands to funnel cheap, docile labor to these places. So that’s not the community talking, that’s the company talking as a workforce strategy,” he said. “It’s a great deal for meatpackers.”

Sarah Little, the spokesperson for the North American Meat Institute, said her member organizations support the refugee resettlement program. “They make excellent employees and we have a labor shortage,” she said.

Krikorian said he thinks the reason that GOP governors are willing to take refugees is because the Trump administration has already drastically cut the total number admitted into the U.S.

In Texas, local officials and 340 evangelical ministers have urged Abbott to keep accepting refugees, So far, the governor has remained silent, and his office did not respond to a request for comment.

On Monday, Alaska. Gov. Mike Dunleavy became the 18th GOP governor opting to keep accepting refugees, but he did so quietly. Unlike other governors, Dunleavy did not post his decision on Twitter or in a press release.

Almost all 24 Democratic governors have provided consent to take refugees. There are still several other GOP governors who are holding off making a decision.

A spokesperson for Republican Alabama Gov. Kay Ivey said she will delay her decision until May, which could mean refugee organizations in Alabama will have to go without federal funding if she consents at a later date.

Choosing to accept or deny refugees has become a charged issue for some GOP governors who have held off making any decision. If the federal judge imposes an injunction before the Jan.21 deadline, the governors may not have to decide one way or the other.

Some Republican governors have drawn heat for their choice to support refugees.

Tennessee Republican Gov. Bill Lee has visited refugee camps in Iraq’s Kurdish region and his wife works with refugees in Nashville, according to his spokesperson, so it was not a surprise to his close supporters when he opted in to the program. But this week, he drew criticism at a local meeting for his decision. Lee warned Republicans at the meeting about what he called disinformation efforts by right-wing activists intended to confuse voters.

Missouri Republican Gov. Mike Parson also faced some backlash for his position. “These are not illegal people, these are not criminals,” Parson told a local talk radio show as he defended his decision to host refugees in the state.

Nationally, conservative commentators such as Tucker Carlson and Michelle Malkin have slammed GOP governors for their willingness to accept refugees.

Ned Ryun, a conservative activist with a group called American Majority, told Carlson on Fox News: “I got to say this as an active devout evangelical Christian, refugee resettlement has nothing to do with Christianity and has everything to do with the immoral behavior of these governors.”

Other local Republicans said they were blindsided by their governor’s actions.

Trent Garner, a Republican state senator in Arkansas, said he was upset that Gov. Asa Hutchinson chose to make his decision to support refugees during the quiet of the Christmas holiday week.

“There has been a large conversation here in Arkansas in response to the decision and it has been largely negative,” Garner said.

On the local level, only two of the nation’s thousands of local governments have decided to block refugees.

On Monday, the board of commissioners of Beltrami County in northern Minnesota voted 3 to 2 to block refugees. Trump beat Clinton by 10 points in the county in 2016.

No refugees have been resettled in Beltrami County in the past five years.

In bright-blue Springfield, Massachusetts, the city council voted unanimously to accept refugees, but the Democratic mayor has so far refused to sign the council’s resolution. Mayor Domenic Sarno said he has long believed the city has already “done more than its fair share” for refugees, and that additional refugees would be an “unfair burden. He quoted a Boston Federal Reserve report about the city that said, “You cannot continue to concentrate poverty on top of poverty.” 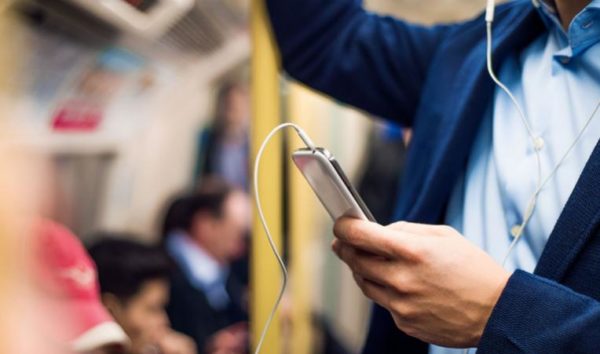