Canadian federal election guide: What you need to know before Oct. 21 – The Globe and Mail

Four years ago, Justin Trudeau presented himself as a youthful optimist with a message of progressive change, and ended nine years of Conservative government. It’s not a strategy that will work twice: His main opponents are younger than he is, First Nations and environmentalists have impugned his progressive credentials because he supports the Trans Mountain pipeline extension, and the SNC-Lavalin affair (more on that later) has tarnished his image and divided the Liberal ranks. But with an economy that’s generally healthier than how he found it, despite large deficits, Mr. Trudeau can still craft a message of stability and prosperity for the “middle class” voters he courted last time. And as the world grapples with what Parliament has officially named a climate emergency, he is also trying to persuade Canadians that the Liberal carbon-pricing framework is a more credible path to a sustainable future than the Conservatives’ plan.

When the Conservatives, chastened by Stephen Harper’s defeat, chose Mr. Scheer as leader, he was at first dismissed as “Harper lite” and a “Nowhere Man” whose political beliefs were hard to pin down. Since then, he’s found some powerful wedge issues to hammer – such as carbon pricing and a law to boost federal oversight of natural-resource projects, both of which he wants to scrap. But eliciting clear answers on, for instance, Conservative policy on abortion or his personal views on LGBTQ issues has been more difficult. Mr. Scheer has also had to speak out against racist and anti-immigrant groups seen to be supporting the Conservative cause, and to deflect questions about his aide’s past ties to the far-right Rebel Media and his own links to oil-industry lobby groups. Mr. Scheer’s hope is that Canadians either agree with him or are more fed up with Mr. Trudeau than they are afraid of a Conservative restoration.

In the 2015 election, Mr. Trudeau managed a left flanking manoeuvre on the New Democrats, who had moved more to the centre under then-leader Tom Mulcair. The party replaced him with Jagmeet Singh, a young and dapper Sikh politician from the Ontario NDP, hoping he could bring federal New Democrats back to their progressive roots. Since then, he’s had only a few months to face off against Mr. Trudeau in the House of Commons, where he didn’t have a seat until a by-election earlier this year. He’s argued that an NDP “New Deal for People” is a better plan than the Liberals’ for creating jobs and reducing economic inequality. He’s also said his NDP won’t “prop up” Mr. Scheer if the party gets the balance of power, which some surprised New Democrats interpreted as a concession that he doesn’t expect to win. “I’m running to become prime minister,” Mr. Singh later clarified.

When Elizabeth May took the leadership of the Greens in 2006, it was a party with no seats and little hope of breaking through into the House of Commons. But amid increasingly dire warnings from scientists about climate change, and small but significant victories by her provincial Green counterparts in Atlantic Canada and Ontario, Ms. May has seen historically high polling numbers ahead of the 2019 election. Now, she hopes to sell Canadians on an aggressive plan to phase out fossil-fuel use by the middle of this century and make more inroads into the legislature. She’s also said she’s disillusioned in Mr. Trudeau’s leadership on the environment and that, in this election, she’s not afraid of pulling votes away from the Greens’ traditional Liberal allies.

Since the NDP and Liberals all but wiped it out in the past two elections, the federal separatist bloc has been a shadow of its past self, with too few seats even for official party status. The Bloc has cycled through eight acting or permanent leaders since 2011, the latest of which is Yves-François Blanchet, who got the job this past January when no other candidates contested him for it. Unlike most of his predecessors, Mr. Blanchet, a former Quebec cabinet minister with the Parti Québécois, won’t be able to count on strong support from his provincial counterparts, who were decimated in the election that brought Premier François Legault’s CAQ to power last year.

From disgraced former cabinet minister to Conservative leadership hopeful to fringe-party candidate, Maxime Bernier has had a tumultuous political life since the 2015 election. After he narrowly lost the Tories’ top job to Mr. Scheer in 2017, he denounced the new leader as too centrist and quit to create a hard-right libertarian faction, the People’s Party. His anti-immigration message and climate-change denialism have invited comparisons to U.S. President Donald Trump. Mr. Bernier’s party, however, generally polls at 1 or 2 per cent, too low for any seats or even to meet criteria for the leaders’ debates in October.

Climate change caused by human-made greenhouse gas emissions is an urgent threat to Canadians’ security, economy and society, not just in the near future, but now. Wildfire seasons are getting longer and more devastating; rising sea levels threaten to overwhelm the infrastructure of coastal cities; and scientists warn of a global refugee crisis caused by ecological, agricultural and social collapse. All the major parties agree climate change is a problem, but disagree about how to combat it. The Liberals introduced a nationwide carbon-pricing regime, but have struggled to get provinces to co-operate and will likely fall short of Canada’s commitments in the Paris accords. Mr. Scheer, backed by premiers who’ve had the federal tax imposed on them, wants to eliminate the carbon tax and instead use tax incentives to target large emitters, but his plan doesn’t promise to reach the Paris goals at all. The NDP plan would keep the Liberal tax but have industrial emitters pay more, while the Greens’ plan is to apply a consistent price for all emitters, pay Canadians annual carbon dividends and keep raising the price until a full transition to renewable energy is complete.

Climate change and the oil patch

Fossil fuels may be the biggest culprits in climate change, but they’re also Alberta’s biggest industry, and the Canadian energy sector is reluctant to give them up – in fact, it’s been pressing for more pipeline capacity to bring oil to global markets. To win Alberta’s support for the carbon-pricing plan in 2016, the Trudeau government promised to go ahead with the Trans Mountain pipeline expansion from Alberta to B.C., going so far as to buy the system outright from Kinder Morgan when First Nations and the B.C. government opposed it. After years of legal battles over its environmental approval, the project currently has the green light again from the Trudeau Liberals, but its uncertain future and environmental costs have made it polarizing issue. The Conservatives want to push ahead with the pipeline expansion, while the NDP and Greens want to stop it.

Jobs and the economy

Expect to hear candidates talking a lot about “the middle class” in this election, especially the Liberals, whose 2015 victory hinged on promises of lower taxes and economic opportunity for middle-income families. Alberta saw some lean years under the Liberals’ watch, but heading into the election the economy has been doing well: Unemployment hit historic lows over the summer, and although it rose again in August, there are nearly a million more employed Canadians now than in 2015. Asked by The Globe this summer to grade the Liberals’ performance on the economy, more than two dozen of Canada’s top CEOs gave an A- on labour and skills and a B- on innovation, but a D+ on tax policy, which they argued was too Byzantine and hindered competitiveness. The opposition hopes to convince Canadians that things could be better if they were elected, with Mr. Scheer pledging public-spending cuts and Mr. Singh promising 300,000 new jobs as part of his party’s climate-change infrastructure plan.

Canadians spend more per capita on prescription drugs than almost any country in the world, but an advisory council created by the Trudeau government has a proposed solution for that: universal, single-payer pharmacare. Mr. Trudeau has supported the council’s plan, which would cost governments $15.3-billion when it is fully implemented in 2027, but getting the provinces on board will be a challenge. Mr. Scheer has questioned whether pharmacare would cost too much and whether the Liberals could be trusted to implement such a plan, while the NDP is trying to persuade Canadians that its own universal pharmacare plan would be better-run, would begin sooner (in 2020) and give less influence to insurers and pharmaceutical companies.

Some of the star cabinet ministers who came into office with Mr. Trudeau will be conspicuously absent from the Liberal hustings this time around. The reason? The SNC-Lavalin affair, which pitted former attorney-general Jody Wilson-Raybould against her boss, his staff and top public servants over whether to intervene in a Quebec construction company’s fraud and bribery case. In August, a report from the Ethics Commissioner concluded that Mr. Trudeau breached the Conflict of Interest Act in his efforts to put pressure on Ms. Wilson-Raybould in favour of a deferred prosecution, but she refused to overrule the prosecutors who didn’t want a deal. Ms. Wilson-Raybould and a minister who quit cabinet in solidarity with her, Jane Philpott, are running for re-election as Independents. As opposition leaders have challenged his moral authority to lead, Mr. Trudeau has defended his actions, saying he was protecting jobs.

There are two official leaders’ debates, one in English on Oct. 7 and one in French on Oct. 10. Both are organized by an independent body, the Leaders’ Debate Commission, and will be held in the Ottawa area. The Liberal, Conservative, NDP, Green and Bloc leaders have confirmed they’ll be there.

Mr. Trudeau has also agreed to attend a TVA-hosted debate with the other leaders at a to-be-determined date. He says he won’t be attending two other non-commission debates, one held by Maclean’s magazine and Citytv on Sept. 12 and one held by the Munk Centre on Oct. 1.

The digital spin, and how to watch out for it

In the years since Canada’s most recent federal election, Western countries have been waking up to the dangers of digital disinformation. Russian cyber-meddling in the 2016 U.S. presidential race, the Cambridge Analytica scandal and the rise of organized fake-news factories have put Elections Canada on guard. New federal transparency laws passed last year have compelled big tech companies to clean up their acts, and Google has banned political ads outright. If hackers do compromise the election, there’s a whole new team of Canadian bureaucrats whose job is to warn you about that.

But even with all the new safeguards, it’s up to voters to be skeptical of the political messages they see on social media. Fortunately, The Globe and Mail has tools to help you with that. This summer, the newspaper took over stewardship of the Facebook Political Ad Collector, a crowdsourcing program started by U.S.-based non-profit ProPublica. If you want to help, just install this browser extension for Chrome or Firefox and it will collect ads in a database. The Globe will use this information for editorial purposes only, and it won’t collect identifiable information about you. If you have questions, e-mail politicalads@globeandmail.com to learn more.

How do I get ready to vote?

John Ibbitson: Trudeau or Scheer? Who can best protect Canada from the chaos awaiting the world in 2020

Editorial: Why the Liberals want a shorter election and fewer debates 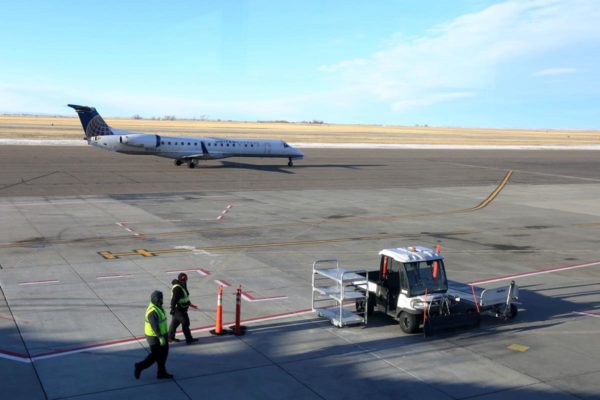