“I think he’d be very disappointed, in fact, I know he would be,” McCain told CNN’s Brianna Keilar in an interview that aired on “State of the Union” Sunday, the one-year anniversary of the Arizona Republican senator’s death.

“He would be saddened by the digression that these conversations and these debates have taken, and also saddened that we’re so disoriented within the world right now,” she added. “As you know, he concentrated on helping the little guy and helping the people that were desperate and being wronged by either their government or other people.”

McCain indicated that she had discussed the political landscape with her husband before he died from brain cancer at age 81 last August, saying, “We had time to talk before he died, and he was very frustrated with what was going on then, and I think now he’d be even more frustrated.”

Cindy McCain calls for more civility in politics in op-ed

Her comments came as President Donald Trump and world leaders sought to tackle disputes threatening global unity at the G7 summit abroad, and lawmakers navigate divisive public debates on gun control and the climate crisis, among other issues, at home.

Prior to his death, John McCain served a Washington career that spanned 40 years, first as a Navy Senate liaison, then as a member of the House and finally as the occupant of the Senate seat he took over from Barry Goldwater, McCain was a conservative and a foreign policy hawk. In a farewell statement, the senator urged Americans to remember that “we have always had so much more in common with each other than in disagreement.”

Cindy McCain, during her interview with Keilar, again called for increased civility in politics. She pointed to her family’s social media campaign and asked people to engage with those they disagree with in a civil way to commemorate the senator.

“It’s for the good of the country,” she said. “This is, as I said, a very troubling time right now, and we need to work together as human beings, Americans and citizens of our own communities right now.”

When Keilar asked whether there were any Republicans who she felt had stepped into her husband’s shoes to carry on his legacy, McCain cited Utah Sen. Mitt Romney and former Arizona Sen. Jeff Flake as “standouts” and hoped the civility campaign would elicit “more of that.”

She acknowledged what she called a “danger” that the Republican Party stands to “lose good people” like Flake.

“But time moves on,” she said, urging citizens to remind current and future lawmakers “what they should be doing — working together, being civil, being decent.”

When asked whether 2020 Democratic presidential candidate and former Vice President Joe Biden — a longtime friend of John McCain’s, despite serving as a Democrat — would make a good president, Cindy McCain replied, “We need to let the process work.”

She added that she looked forward to hearing all of the 2020 candidates’ views going into a “tumultuous election.”

Keilar then asked McCain whether Biden, specifically, would make a better president than Trump, who continued his longstanding feud with the senator even after his death.

McCain answered, “I think we’ll let the people choose that, I think that’s up to the voters.” 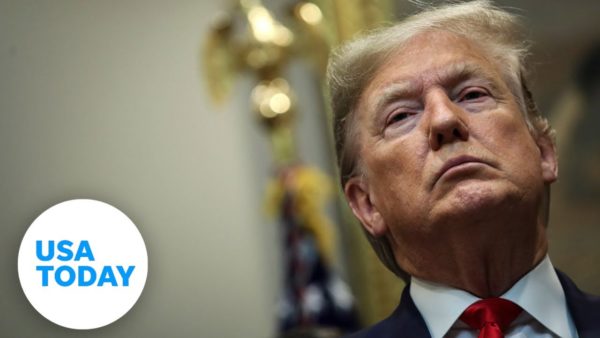