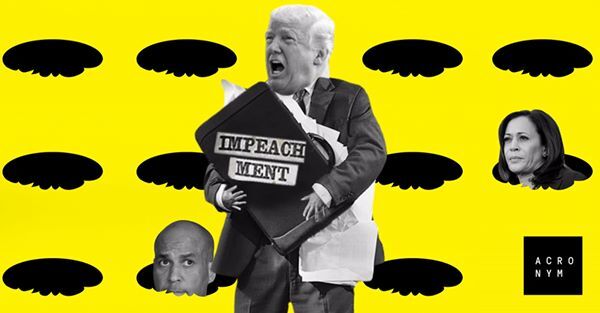 At a time when trustworthy journalism is more important than ever, political operations are pouring millions of “dark money” dollars into ads and digital content masquerading as news coverage to influence the 2020 election.

One newer group heralding the new era of pseudo-news outlets is ACRONYM, a liberal dark money group with an affiliated super PAC called PACRONYM. The nonprofit also is an investor in a for-profit digital consulting firm that gained notoriety for its role in launching Shadow Inc., the secretive vendor behind a vote tabulation app at the center of the pandemonium at the Iowa Democratic caucuses. ACRONYM announced it was divesting in Shadow Inc. shortly thereafter.

ACRONYM is behind Courier Newsroom, a network of websites emulating progressive local news outlets. Courier has faced scrutiny for exploiting the collapse of local journalism to spread “hyperlocal partisan propaganda.” It claims to operate “independent from” ACRONYM and says ownership is shared with “other investors.” But a new tax return obtained by OpenSecrets lists ACRONYM as the full owner of Courier as of April. 30, 2019, the most recent date on record. An ACRONYM spokesperson told OpenSecrets that Courier has attracted multiple private investors since that time.

Websites affiliated with Courier Newsroom that appear to be free-standing local news outlets are actually part of a coordinated effort with deep ties to Democractic political operatives. OpenSecrets first revealed the network’s digital ad spending at the Investigative Reporters and Editors NICAR conference in March.

Most of the websites that make up Courier Newsroom received failing grades from NewsGuard, a group launched in 2018 by Steven Brill and Louis Gordon Crovitz that rates the reliability of online news sources. The low scores are due largely to an “undisclosed partisan Democratic perspective” and lack of financial transparency.

Courier’s newest appendage, Cardinal & Pine, spent more than $20,000 on digital advertising targeting North Carolina since launching its first Facebook ad campaigns in late March. The page’s ads give the appearance of news but are mostly focused on the coronavirus pandemic or on criticizing President Donald Trump.

Digital ads for another nascent member of the Courier Newsroom network called The Americano cater to Puerto Ricans living in Florida launched but the ads appear to have since disappeared from Facebook. But the website’s content matches the other state-specific sites nearly verbatim. Because many of the Americano’s ads are not considered political by Facebook, however, the Americano’s ad spending information is not accessible through the Facebook political ad archive and the ads do not show up in searches of political or issue ads.

Many of the digital ads for Facebook pages affiliated with Courier Newsroom disclose Courier’s role in the “paid for” disclaimer while others list the sponsor as “FWIW Media” or “For What It’s Worth,” a name adopted by Courier Newsroom.

Operations tied to ACRONYM spent nearly $10 million on digital ads in the time period since online platforms first began disclosing political ad spending in mid-2018, with more than $7.3 million of that spending through pages with obscured or secret funding sources, according to OpenSecrets’ analysis.

ACRONYM raised $9.4 million from secret donors during its second year of operation through April 2019, more than seven times the prior year according to its tax returns. Three anonymous donors giving more than $1 million each made up more than half of that, with the top donor giving more than $2 million.

Along with the allied Sixteen Thirty Fund, New Venture Fund’s operation has fiscally sponsored at least 80 groups and acted as a pass-through agency funneling millions of dollars in grants for wealthy donors to opaque groups with minimal disclosure.

New Venture Fund’s revenue topped $405 million in 2018, a moderate increase from the roughly $350 million it brought in each of the prior three years and more than twice the $179 million it raised in 2014. Sixteen Thirty Fund’s operation also ballooned since Trump’s 2016 election, with annual revenue swelling from around $5.6 million in 2015 to nearly $144 million in 2018, the most recent year on record in tax returns.

Sixteen Thirty Fund sponsored social media pages and digital operations for five pseudo local news outlets in three states in 2018. They appeared to be independent of each other, but promoted themselves with nearly identical digital ads.

Facebook pages operating under the auspices of the Colorado Chronicle , Daily CO, Nevada News Now,  Silver State Sentinel and Verified Virginia gave the impression of multiple free-standing local news outlets with unique names and disclaimers. But the sponsors of those ads are merely fictitious names used by the Sixteen Thirty Fund, according to digital ad data and incorporation records from the D.C. government.

Although some of the Facebook pages have since been deleted, at least some of their ads are preserved in the social media giant’s political ad archive.

Supermajority News’ Facebook page was initially the public face of Pantsuit Nation, an invite-only Facebook group created to support Hillary Clinton weeks before the 2016 election. That group is now part of Supermajority of Supermajority Action Fund, a 501(c)(4) nonprofit founded in 2019 that does not disclose its donors or other details of the organization’s finances.

A news standards policy on the Supermajority News website claims its content will “avoid editorializing” but notes “”we recognize that there are not two sides to issues related to civil and human rights, including women’s rights, anti-racism, and LGBTQ+ equality.”

April 2020 updates to the Independent website note that it “relies on ad revenue, charitable donations, and investors, including American Bridge 21st Century Foundation” and The American Independent Foundation. The American Independent Foundation is a tax-exempt nonprofit that does not disclose its donors. Helmed by David Brock, founder of American Bridge and Media Matters, the foundation saw its revenue spike to more than $1.3 million in 2018, up from roughly $50,000 the prior year. That was shortly before ShareBlue was rebranded to use its name according to financial records.

Democratic super PAC American Bridge 21st Century launched a website and Facebook page for its own pseudo news outlet called American Ledger in 2017 with a series of posts timed to coincide with Democratic National Committee debates in Detroit focused on Trump’s Michigan supporters.

Previously called AmpliFire News and The Opposition, American Ledger’s digital ads on Facebook are paid for by American Bridge’s super PAC and nonprofit. Like other center-left operations disseminating partisan messaging under the guise of news, American Bridge’s operation has received hundreds of thousands of dollars in funding from Sixteen Thirty Fund and its affiliated New Venture Fund.

Priorities USA took a different approach, instead using its super PAC and dark money arm to support groups with allied media operations then boosting them on social media. from Priorities USA’s super PAC was previously run by Brock, who now serves on Priorities USA’s board, and ACRONYM founder Tara McGowan became the super PAC’s digital director in 2016.

In June 2019, the IRS granted tax-exempt status to the States Newsroom, which functions as an umbrella organization for multiple state-focused news outlets. But the Hopewell Fund registered to use the names of multiple outlets affiliated with the States Newsroom as its own legal aliases.

The States Newsroom doesn’t “accept corporate donations or underwriting” but does not disclose its financial supporters, according to Chris Fitzsimon, the publisher and director of States Newsroom.

“That model may not work for everyone, but it works for us. We’re proud to be growing and providing a valuable service to our readers at a time when most traditional outlets are pulling back from state house media coverage,” Fitzsimon told OpenSecrets. However, multiple States Newsroom affiliates fail to meet “basic standards of credibility and transparency” according to NewsGuard.

IRS application records obtained by OpenSecrets show the States Newsroom was offered a $1 million donation from the Wyss Foundation, a private foundation primarily funded by Swiss billionaire Hansjorg Wyss, who made his fortune as CEO of a controversial medical device manufacturer called Synthes.

A financial statement in the IRS records obtained by OpenSecrets shows that the States Newsroom plans to bring in more than $27 million in contributions before the end of 2021.

In addition to incubating the States Newsroom, the Hopewell Fund’s most recent tax return shows it gave $1.72 million to an organization called News for Democracy that was at the crux of a network of seemingly independent Facebook pages disguised as news outlets that started spending on digital ads in 2018. Like ACRONYM, News for Democracy received backing from both Sixteen Thirty Fund’s network and Hoffman’s Investing in US.

Some of the ads were purchased through LLCs tied to MotiveAI, a Democratic digital firm with financial backing from Hoffman.

MotiveAI rolled out a new social media-based pseudo news agency in 2019 called Versa LLC that disseminated video clips and aggregated news-like content with Facebook ads for state-specific pages through September 2019 but the pages appear to have since gone dormant.

Operations tied to ACRONYM and Sixteen Thirty Fund are some of the biggest coordinated efforts using pseudo news for political gain discovered to date. But other groups have used similar tactics.

In 2014, the National Republican Congressional Committee created a web of pseudo news sites to further political agendas of House candidates on the right and an anonymous blog called the Arizona Monitor launched in 2018 to do little more than support Republican Kelli Ward’s Senate bid in Arizona.

A website called NC Examiner has paid to promote multiple videos emulating local newscasts, WRAL reported. The website looks like a local news outlet focused on health care in North Carolina. But a closer examination reveals that the site has little, if any, original reporting and a common theme among the aggregated articles is a negative portrayal of Republican politicians in North Carolina.

In fact, the videos and digital content are paid for by a left-leaning 501(c)(4) nonprofit called Piedmont Rising run by Casey Wilkinson, the former director of North Carolina’s House Democratic caucus. Financial records obtained by OpenSecrets show Piedmont Rising was created in July 2019 and projected it would raise more than $3 million during its first six months.

Piedmont Rising spent more than $118,000 on Facebook ads , most of which portray the website as a news outlet. In addition to pseudo news ads, Piedmont Rising paid for a handful of promoted digital ad campaigns posted by pages of social media influencers targeting Sen. Thom Tillis (R-N.C.) on health care issues.

Like most other political operations mimicking newscasts, NC Examiner’s ads and website content avoid explicitly calling for the election or defeat of a candidate so their spending is not disclosed to the FEC.

May 22, 2020: This post has been to incorporate comments from representatives of States Newsroom and ACRONYM, including ACRONYM’s statement that Courier has attracted other investors since April 2019 and to reflect an announcement of its plan to divest interest in Shadow Inc.

Feel free to distribute or cite this material, but please credit the Center for Responsive Politics.
For permission to reprint for commercial uses, such as textbooks, contact the Center: [email protected]

At OpenSecrets.org we offer in-depth, money-in-politics stories in the public interest. Whether you’re reading about 2020 presidential fundraising, conflicts of interest or “dark money” influence, we produce this content with a small, but dedicated team. Every donation we receive from users like you goes directly into promoting high-quality data analysis and investigative journalism that you can trust.Please support our work and keep this resource free. Thank you.

Anna first joined the Center for Responsive Politics in September 2015. She works with CRP’s foreign influence and FARA data as part of the Foreign Lobby Watch Project, tracks FCC and digital political ad data, and is responsible for CRP’s politically active nonprofit and nondisclosing “dark money” group data. She holds degrees in political science and psychology from North Carolina State University and a J.D. from the University of the District of Columbia School of Law. 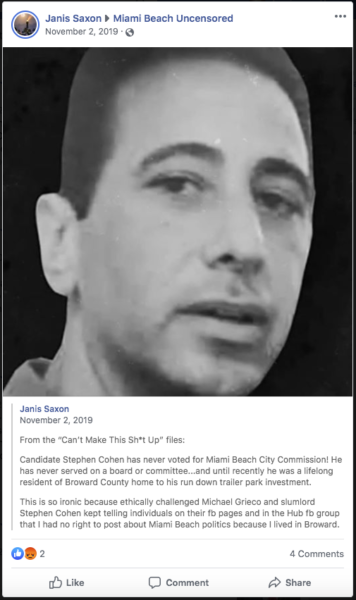