Sen. Kamala Harris of California and Rep. Lucy McBath of Georgia, both Democrats, also asked the department for an investigation of any “pattern or practice of constitutional violations at the Louisville Police Department.”

“Ms. Taylor was a young woman with plans for a long, fruitful life,” they wrote to Assistant Attorney General Eric Dreiband, who oversees the civil rights division. “Instead, her life was brutally cut short by a haphazard law enforcement exercise. Ms. Taylor worked to save lives during the COVID-19 pandemic; it is time for the U.S. Department of Justice to honor hers.”

The request comes on the heels of the FBI Louisville Field office announcing Thursday that it had opened its own independent investigation into the shooting.

“The FBI will collect all available facts and evidence and will ensure that the investigation is conducted in a fair, thorough and impartial manner,” the statement said.

A spokeswoman for Harris said the FBI involvement is helpful, but the need for a civil rights investigation still remains.

And, both lawmakers  say, investigators need to examine the Louisville police department itself to determine if there’s a pattern of constitutional violations.

Taylor, an emergency room technician at two area hospitals, was shot and killed by Louisville Metro Police officers on March 13 in the early morning hours during the execution of a “no-knock” search warrant.

Her death has drawn scrutiny across the nation in the last two weeks, with activists, celebrities and politicians speaking out about another death of an unarmed black American at the hands of police.

Three officers were executing a search warrant on Taylor’s apartment as a part of a narcotics investigation when they say that Kenneth Walker, Taylor’s boyfriend, shot Sgt. Jonathan Mattingly in the leg.

Walker has maintained that he believed the officers, who used a battering ram to enter the apartment, were intruders and that he was acting in self-defense.

LMPD officials said the officers both knocked and announced their presence, but attorneys for Walker and Taylor’s family say police made no such announcement.

An internal investigation into the fatal shooting conducted by Public Integrity Unit has been turned over to the state Attorney General’s Office, along with the local U.S. Attorney’s Office and FBI office.

Harris, a former presidential candidate, served as a prosecutor and state attorney general in California before being elected to the U.S. Senate.

During her presidential campaign, some critics derided her “tough-on-crime” approach as an attorney general and district attorney, but she has dubbed herself a “progressive prosecutor.”

In an emailed statement, Harris said Taylor was a young woman who was serving her community because “she believed that experience would give her the foundation to heal people.”

“She was senselessly shot down while she was in her apartment,” Harris said. “There should be an independent investigation and serious consequences and accountability for the loss of this young woman’s life.”

Catch up: The Louisville police union wants an apology from a council member. She’s not backing down

McBath, a first-term representative, is the mother of Jordan Davis, a teenager shot and killed at a gas station in Jacksonville, Florida, because a man named Michael Dunn was angered by Davis’ loud music. Davis was 17 when he died in 2012, and Dunn was convicted on first-degree murder charges.

“My heart hurts for Breonna and I am praying for her family,” McBath said in a statement. “No parent should ever know the pain of burying a child.”

“I hope the U.S. Department of Justice will conduct an independent investigation to ensure Breonna’s family, and the American public, receive the answers they deserve.”

Citing reporting from The Courier Journal and WDRB, Harris and McBath outlined what they say are “troubling parallels” between the raid on Taylor’s home and that of another black family in October 2018.

A suit, filed on behalf of Ashlea Burr and Mario Daugherty, says the SWAT team raided their home in the 1900 block of West Chestnut Street, using excessive force in an unwarranted search affidavit. During the raid, police are said to have used explosive devices and drawn “assault rifles on minor children.”

It also alleges that the search warrant from LMPD detective Joseph Tapp said a “black male named Anthony McClain is growing marijuana and has multiple bags of marijuana packaged for sale in the front bedroom” and that a “white female named Holly was his girlfriend and owned the house.”

Nobody named Anthony McClain or Holly lived at the home, according to the lawsuit. Burr and Daugherty rent the house from a person named Kevin Hyde.

Harris and McBath write that because of “troubling parallels” between the cases, the Justice Department ought to conduct an independent investigation into whether LMPD “has engaged in a pattern or practice of constitutional violations.”

A news release noted the lawmakers’ letter is supported by the American Civil Liberties Union, Dug Policy Alliance and The Leadership Conference on Civil and Human Rights.

It is also signed by more than 25 members of the U.S. House, all Democrats.

No members of Kentucky’s federal delegation signed onto the letter.

This story will be updated. 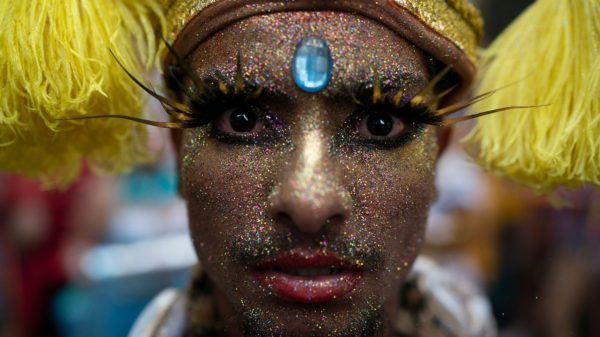