The Montana Green Party will not be on the ballot this year after an order Friday from Helena District Court Judge James Reynolds.

Enough people asked for their signatures to be removed from petitions qualifying the Green Party for the ballot that the effort no longer met the necessary threshold, Reynolds found.

Reynolds’ decision comes after the Montana Democratic Party and a handful of petition-signers filed a lawsuit against Secretary of State Corey Stapleton. The plaintiffs claimed the secretary incorrectly did not accept signature withdrawal forms submitted after Stapleton qualified the Green Party for the ballot and that Stapleton also wrongly denied forms submitted digitally.

Lawyers for Stapleton said the secretary determined March 6, the date he certified the Greens to appear on the ballot, was deadline for withdrawal forms. But Reynolds found that determination wasn’t backed by state law. Reynolds also was critical of the office not publicizing the deadline it settled on.

Reynolds additionally found that the secretary’s limitations on what forms it accepted did not follow state law.

The Green Party has said it wasn’t involved in any petition efforts, nor has it endorsed any candidates that were running under its name.

This is the second time in two years Reynolds has removed the Green Party from the ballot, both times after legal challenges from the Montana Democratic Party.

Green Party candidates can be seen as drawing votes from Democrats, which the Montana Democratic Party pointed out in court makes it harder to get Democrats elected in a state where that can already be a heavy lift. Libertarians, who were already on the ballot, can draw votes from Republicans. In 2012, a liberal group spent $500,000 on ads for a Libertarian candidate in a move some argue helped elect a Democrat to the U.S. Senate by picking off enough votes from the GOP candidate.

Reynolds’ order also is critical of the Montana Republican Party’s actions. The state GOP paid a firm called Advanced Micro Targeting to gather signatures to qualify the Green Party, and later reported it as an in-kind contribution to what Reynolds called a “shell group,” Montanans for Conservation.

Montanans for Conservation “enabled the MT GOP Central Committee to avoid having to register as the minor party qualification committee within five days of expending funds on petition signature gathering activities,” Reynolds wrote.

The “misrepresentations and failures to disclose mattered to signers, who would have not signed the petition had they known who was sponsoring or organizing it, and who took action to withdraw their signature once they learned what happened,” Reynolds wrote.

Reynolds said the state GOP’s actions were “intentionally designed to create an advantage” for Republicans.

In a statement Friday, the Montana Republican Party, who was not named in the lawsuit, fired back at Reynolds.

“This activist judge chastises the Montana Republican Party for attempting to increase choices for Montanans this November while simultaneously denying any evidence of our public disclosures which were made in compliance with all applicable laws,” said executive director Spenser Merwin in a statement. “The Democrats spent tens of thousands of dollars to counter the Green Party petition and repeatedly urged the Court to reject any evidence that illustrates our involvement was properly disclosed … ”

“Today, the court, in no uncertain terms, stated what Montanans have known for months now: the Montana GOP engaged in a massive fraudulent effort to mislead Montana voters in an effort to tamper with our elections,” said executive director Sandi Luckey. “Today’s decision is not only a victory for the hundreds of Montanans who were lied to in the course of this effort, it’s a victory for the integrity of Montana’s elections.”

In a separate matter, state Commissioner of Political Practices Jeff Mangan found at the end of July that the Montana Republican Party should have registered as a minor party qualification committee to properly document how it spent money to qualify the Green Party. While Montanans for Conservation eventually registered as a minor party qualification committee, it initially did not, which Reynolds in his ruling found “concealed its role.” The matter before the commissioner is still pending.

The secretary of state’s office did not return an email Friday seeking comment on if it planned an appeal. Aug. 20 is the deadline for the secretary to certify the ballot.

The order also included a memorandum directed at the secretary, saying that “the kinds of difficulties encountered in this case might be avoided.”

Reynolds wrote the secretary “took steps not authorized by statute or regulation, made decisions ‘on the fly’ and without public input or knowledge as to the deadline and the process for withdrawing signatures from the petition, and made those decisions based on documents not made public, even during this hearing.

“Such actions fly in the face of well-established principles for open government action requiring public participation and knowledge,” Reynolds wrote.

During the July hearing, attorneys for Stapleton said they would make proposals to the next Legislature, which convenes in January, to improve and clarify questions raised by the case. Reynolds said he supported that effort. Stapleton’s office did not respond for comment on if they have started that process.

Decision expected soon on Green Party’s place on the ballot

For the second time in two years, the fate of the Green Party’s place on the ballot in Montana is in the hands of a Helena judge.

Ads are filling the airwaves this summer as the candidates for U.S. Senate have raised record-breaking amounts of money and outside groups are spending big.

The Montana Republican Party, Montanans for Conservation and Club for Growth Action violated the state’s campaign finance laws, according to the state Commissioner of Political Practices.

The sole funder of a political action committee that’s backing a woman running as the green Party candidate in Montana’s U.S. Senate race is a Texas-based group normally aligned with conservative issues. 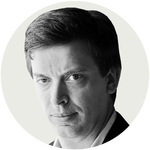 Who Is George Kent? State Dept. Official Who Described Trump’s Actions as ‘Wrong for the Rule of Law’ – The New York Times