The latest 2020 polls show a three-way race between Warren, Biden, and Sanders.

The real movement lately has been Warren solidifying herself in the early states, building a case that she is a potent challenger to Biden. In a couple of the most recent early-state polls, she has even pulled ahead of the vice president to first place.

Over the weekend, she led the gold-standard Des Moines Register poll of Iowa, with 22 percent of the vote to Biden’s 20 percent. A new Monmouth poll of New Hampshire actually put Warren in the lead there for the first time, 27 percent to 25 percent for Biden. In California, the biggest prize on Super Tuesday early in the primary season, the latest UC-Berkley/Los Angeles Times poll put Warren in first place. She came in second place in a new Suffolk survey of Nevada, the third primary state.

The three leading candidates have pulled away from the rest of the field. Sen. Kamala Harris and South Bend, Indiana, Mayor Pete Buttigieg have enjoyed moments of strong polling, but they haven’t been able to sustain it. Others — Sen. Cory Booker, former Rep. Beto O’Rourke, Sen. Amy Klobuchar — are still languishing in the low single digits after months of campaigning. They are starting to confront the real possibility of getting cut from future debates, as the Democratic National Committee raises its standards.

Biden still enjoys a decent polling lead in national polls, according to the Real Clear Politics average, but Warren has been steadily rising behind him, and Sanders still carries a lot of support.

It’s still early, these margins are often within the margin of error, all those caveats apply. But it seems clear now that Democratic voters have narrowed their presidential choice to three candidates and one of those three, Warren, is enjoying a spell of particularly good polling.

Since the weekend, we’ve gotten three high-quality polls from the first three states on the presidential primary calendar. The first came from the Des Moines Register and CNN:

Then on Tuesday, we saw surveys from New Hampshire and Nevada. Warren was leading the Monmouth-USA Today poll of New Hampshire, the first time she has led there:

Nevada is a notoriously difficult state to poll, but it’s important as the third state to hold a contest. Suffolk University and USA Today found Biden was ahead there, with Warren in second and Sanders in third.

On Wednesday, we got a high-quality survey for California, from UC-Berkley and the Los Angeles Times. It continued Warren’s string of strong surveys:

Right now, Warren is actually leading the Real Clear Politics polling average in Iowa, while Biden retains the advantage in New Hampshire and Nevada, He is also ahead in South Carolina, the fourth state on the schedule, and by quite a bit. That would seem to suggest he remains strong in the South and with many black voters, which could carry him far. California is a big primary prize in 2020, and Biden is leading there, with Sanders in second and then Warren close behind him in third. Even there, in her home state, Harris is polling a solid 10 points behind the top three.

Buttigieg made a decent showing in Iowa and New Hampshire, but otherwise, only Biden, Warren and Sanders are consistently registering support above 15 percent, which is the threshold to earn delegates in the primary elections and caucuses under the Democratic Party’s rules.

That’s the state of the Democratic primary. Peeking ahead to the general election, Trump seems to be in poor shape as House Democrats debate opening up a formal impeachment inquiry.

The latest polls show President Donald Trump trailing basically every Democrat in the 2020 general election, both nationally and in individual states — even in Texas. These were the latest numbers in the Lone Star State from Latino Decisions, North Star Opinion Research, and the University of Houston:

We shouldn’t read too much, pollsters and political handicappers say, into the variations in how different Democrats fare against Trump in these polls. Joe Biden and Bernie Sanders might enjoy the biggest margins simply because they have the highest name ID among the 2020 Democratic field.

But we can still learn something from these surveys. Their message is pretty simple: Trump looks weak. The president is lagging in the low 40s in head-to-head polls, consistent with his stubbornly low approval ratings. A lot of Americans seem to be fully committed to or are actively considering voting for somebody else. That’s not where the incumbent, after three years in office, should be if they want a second term.

“The results tell us a lot more about Trump’s vulnerability than it shows the strength of the different Democratic candidates relative to each other,” one pollster working with a 2020 campaign said.

Trump has time to turn it around, but he doesn’t appear in as good a position for reelection as the last two presidents who won second terms.

There are other warning bells if you look a little deeper than the head-to-head numbers.

“Trump sometimes runs a little bit behind his approval rating in some of these polls, which is an ominous sign for a president who was so reliant on voters who disliked both him and Clinton backing him,” Kyle Kondik, managing editor at Sabato’s Crystal Ball at the University of Virginia’s Center for Politics, told me.

Presidential approval ratings have always been strongly linked to voting behavior. Here is the RealClearPolitics average of the president’s approval rating, from the start of his presidency to now:

This is the key for Trump and why his standing with voters seems so perilous. Trump beat Clinton among voters who dislike both candidates by a striking margin: 50 percent of those voters backed Trump versus 39 percent going for Clinton, according to CNN. But he can’t depend on the same luck this time around, when the election is more likely to serve as a referendum on his first term. 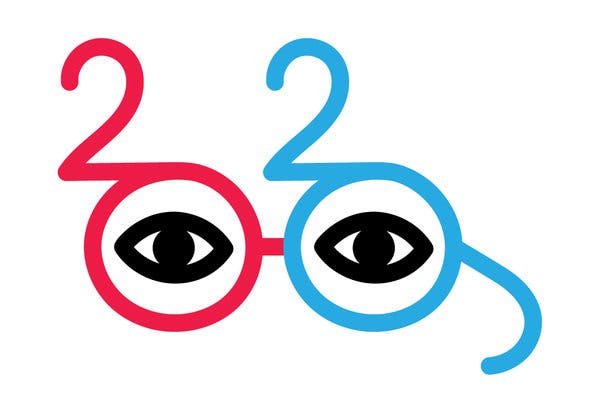 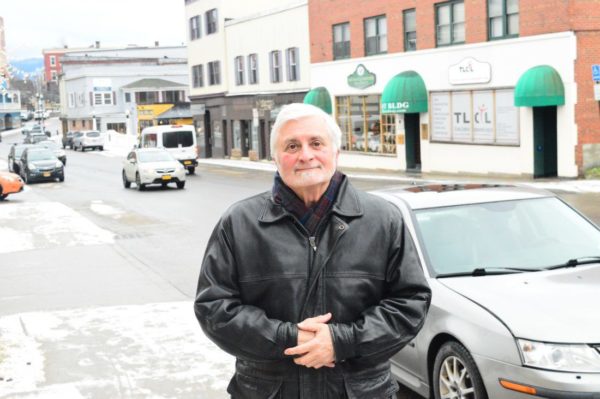