<a href="https://flagpole.com/news/street-scribe/2019/08/14/how-students-can-get-involved-in-athens-politics" target="_blank" rel="noopener noreferrer">Here's How Students Can Get Involved in Athens Politics</a>  <font color="#6f6f6f">Flagpole Magazine</font><p>Students are returning to the University of Georgia campus this year just as the 2020 election is heating up in this state and around the nation. Politically involved ...</p>

Students are returning to the University of Georgia campus this year just as the 2020 election is heating up in this state and around the nation. Politically involved students who are interested in the two major parties and the upcoming race to the White House will find large and active chapters of both the Young Democrats and the College Republicans on the UGA campus. The university’s Involvement Network, uga.campuslabs.com, lists hundreds of organizations of interest to students of every political and spiritual stripe.

Tip O’Neill famously said that “all politics is local,” and Athens for Everyone (A4E) follows that maxim. The group calls itself “a left-progressive political organization with over 1,000 members fighting for social and economic justice and transformational change oriented toward action at the local and state level… through community organizing, issue advocacy and participation in elections.” A4E has won local political victories such as campaigning for Sunday city transit service, helping to win wage increases for part-time county employees and working to elect candidates to local and state offices. A4E can be reached at athensforeveryone.com.

The Athens Anti-Discrimination Movement’s mission statement says that the group “advocates for racial and social justice. Equity for all! We aim to combat discrimination and empower citizens through education and activism. Our organization will peacefully protest prejudice and biased beliefs.” The AADM has become a highly visible force in local politics through the use of tactics ranging from street marches to speaking at City Hall meetings to educational forums at the Athens library. The organization’s website is aadmovement.org.

Athens Pride’s website says that it “exists to promote community fellowship and support around lesbian, gay, bisexual, transgender and queer issues in the greater Athens, GA area.” The organization will have its 2019 Athens Pride Street Festival beginning at 2 p.m. on Sept. 29 on Washington Street between Pulaski and Lumpkin streets in downtown Athens. Their festival in the fall can be enjoyed by all. For more information, go to athenspride.com.

The Athens Human Rights Festival is a springtime political and cultural tradition on College Square across from the UGA Arch. For more than 40 years, the Athens Human Rights Festival has followed its mission statement of being “an all-volunteer, nonprofit, grassroots organization dedicated to providing a public forum for free speech, the exchange of information, street theater, children’s activities and music promoting equality and justice, peace and goodwill.” The annual festival is a free and colorful event that is enjoyed by both UGA students and Athens townspeople. Its website is athenshumanrightsfest.org.

Students were important forces for change during protest movements that swept this nation’s universities during the Great Depression of the 1930s and during the turbulent times of the 1960s. Campus protests and street marches in Athens and across America during the ’60s were led by groups like the Students for a Democratic Society (SDS), the Student Non-Violent Coordinating Committee (SNCC) and the regionally-based Southern Student Organizing Committee (SSOC), which had a button showing a black-and-white handshake superimposed over the Confederate flag, symbolizing unity in the struggle against racism in the South. The hands in the design belonged to white SSOC activist Archie Allen and black SNCC chairman and now-Congressman John Lewis. Such a logo might raise eyebrows and hackles in 2019, but SSOC buttons from the ’60s are much coveted by collectors of political items today.

To see photographs that I have taken of past student activist actions at UGA, view the “Antiwar Athens,” “Labor Day Rally,” “Occupy Athens” and “Human Rights Festival” photo pages of my website, edtant.com. As students return to campus again this year with a national election on the horizon, it is more important than ever for young people to march in the streets and to the voting booths. Holocaust survivor and human rights activist Elie Wiesel was right when he said, “There may be times when we are powerless to prevent injustice, but there must never be a time when we fail to protest.”

Out with the moon bounce, in with the attack ads: Va. House speaker in fight in redrawn district – The Washington Post 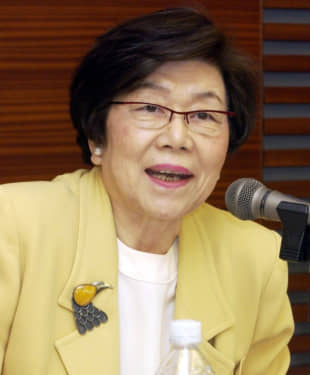 Women in Japanese politics: Why so few after so very long? – The Japan Times