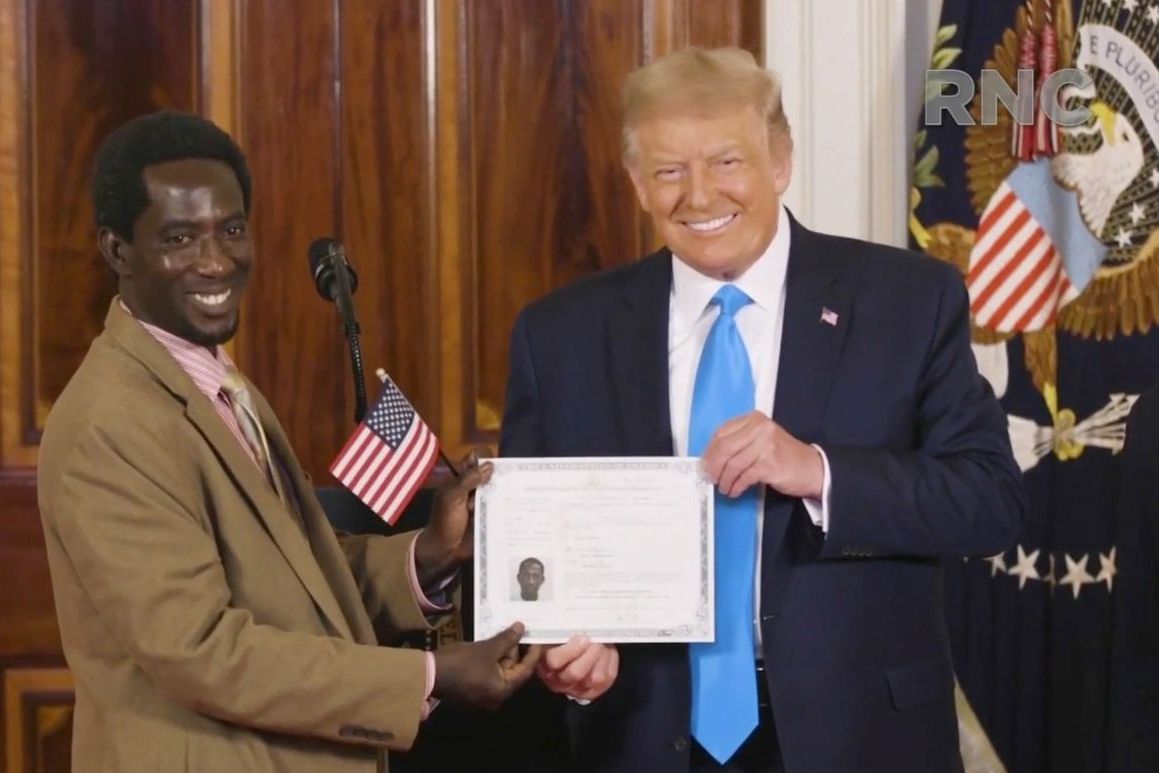 “The president is increasingly using all the levers he’s got for political purposes,” says Donald Ayer, a former deputy attorney general under President George H.W. Bush who has endorsed Biden. “You can wonder whether he’s getting a bit desperate. … It appears to me that the president is making increasingly outrageous demands and comments as time goes along.”

Presidents of both parties have regularly used the power of incumbency to their advantage during election years. Jimmy Carter made political ads from the Oval Office. Ronald Reagan was seated behind the Resolute Desk when he announced he was running for reelection. Bill Clinton invited political supporters to spend the night at the White House. And George W. Bush delivered his Republican National Convention speech from the White House, saying his duties overseeing the response to a looming hurricane kept him in Washington.

But Trump has taken the use of the federal government for politics to another level. And the pace and intensity of his maneuvers have increased as his poll numbers have dropped and his campaign war chest has dwindled, according to government watchdog groups.

“I do firmly believe that Trump has blended his personal business and the functioning of government in a way we’ve seen perhaps never in United States history,” said Nick Schwellenbach, a senior investigator with the nonpartisan Project on Government Oversight.

Trump’s boldest display was the Republican National Convention ceremony on the South Lawn in August, replete with fireworks and an opera singer. He trampled over government and political boundaries by issuing a pardon and holding a naturalization ceremony during the convention. At the same time, Pompeo broke with longtime tradition by delivering a convention speech from Jerusalem, and Ivanka Trump, a White House aide, gave remarks from the White House.

“Nobody outside of the Beltway really cares,” Trump chief of staff Mark Meadows said in August when asked about potential violations of the Hatch Act, which bars the use of government resources for political purposes. “They expect that Donald Trump is going to promote Republican values, and they would expect that Barack Obama, when he was in office, that he would do the same for Democrats.”

In August, Trump fell behind Biden’s fundraising. Then, Biden and the Democratic National Committee outraised Trump and the RNC by a staggering $154 million and for the first time overtook the president’s long held cash-on-hand advantage. In September, Biden raised $383 million.

At the same time, Trump went dark on TV in several battleground states. He was outspent on TV by more than 2-to-1, according to media tracking firm Advertising Analytics. From April to last week, Biden has spent $312 million on ads compared with Trump’s $188 million.

More recently, Trump held what amounted to a political rally on the White House grounds last weekend. Hundreds of Trump supporters donned MAGA hats as Trump spoke to them from the White House balcony about his campaign.

A White House spokesperson said it wasn’t a Hatch Act violation because it was organized by the White House and not the campaign.

“The White House takes the Hatch Act very seriously and ensures its events, and the government employees participating in them, comply with the law,” White House spokesperson Judd Deere said in a statement Wednesday.

But Kedric L. Payne, general counsel at for the nonpartisan Campaign Legal Center, said Trump’s Saturday rally is a sign he’s emboldened after facing no repercussions for the convention in August.

The new season of the Bachelorette is here — and coronavirus safety is front and center with contestants tested several times in an isolated bubble. POLITICO’s Dan Diamond breaks down the show’s health protocols and how they stack up against the White House.

“There is an escalation,” Payne said of Trump’s behavior. “The danger is: What becomes the new normal? They have created new norms.”

Democrats are calling attention to Trump’s actions, but there’s nothing they can do to stop him.

House Democrats are looking into the administration’s plan to tap $300 million from the Health and Human Services budget to fund a “giving America hope” TV ad campaign. Democrats are also requesting an investigation into whether government employees violated federal law prohibiting them from some political activities, but Trump has ignored violations of the law before.

And they are calling for a probe of Trump’s attempts to rush drug-discount cards to 39 million seniors before the Nov. 3 election, arguing in a letter to HHS Secretary Alex Azar that it was intended to “buy votes just weeks before the election using taxpayer dollars.”

What’s perhaps most alarming to watchdogs and Trump critics is the politicization of the Department of Justice.

In September, DOJ moved to intervene in a defamation case involving E. Jean Carroll, who accused Trump of raping her in a department store dressing room in the 1990s. DOJ argued that Trump acted in his official capacity as president when he denied ever knowing the New York writer.

Taxpayers are now underwriting Trump’s defense. Moreover, DOJ’s involvement slowed down the case just as Trump faced a ruling from a New York judge requiring him to provide a DNA sample and sit for a deposition, which could have occurred just before the election.

“Trump’s effort to wield the power of the U.S. government to evade responsibility for his private misconduct is without precedent,” Carroll’s lawyer, Roberta Kaplan, said in a statement, “and shows even more starkly how far he is willing to go to prevent the truth from coming out.”

“There’s no more secret vote,” Barr said at an Arizona news conference in September. “Your name is associated with a particular ballot. The government and the people involved can find out and know how you voted. And it opens up the door to coercion.”

Last week, Trump pressed his attorney general to criminally prosecute Biden and former President Barack Obama after accusing the Obama administration without evidence of spying on his campaign. “Unless Bill Barr indicts these people for crimes — the greatest political crime in the history of our country — then we’re going to get little satisfaction,” Trump told Fox Business.

Bob Bauer, the former White House counsel to Obama who is now helping to lead Biden’s voter protection effort, contended Trump has politicized his authority to a degree unparalleled by his predecessors.

Trump’s behavior is “a frontal assault” on the line “between normal political puffery in an administration, some flexibility under the Hatch Act and a clear misuse of government resources to advance a campaign’s objectives,” Bauer said in an interview. “Trump is openly saying, ‘I get to use this office, the authority and resources that come with it, to just advance my political interests in the most raw terms.’”

Jason Miller, senior adviser to the Trump campaign, said all of the president’s actions have been performed with input from lawyers beforehand.

“The American public sees them and calls them out for constant drama,” Miller said of Trump’s critics on the left. 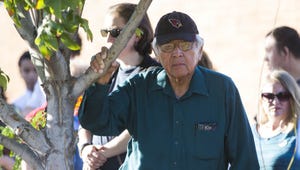 Arizona has suppressed Black, Latino and Native American voters for more than a century – The Arizona Republic

‘A presidency of one’: Key federal agencies increasingly compelled to benefit Trump – The Washington Post

Australia is on fire, literally — and so are its climate politics – NBC News