What is your opinion of how the federal government has handled the pandemic?

Given the unprecedented circumstances and challenges of the pandemic, I think the Trump Administration has done a good job. The initial estimates were that over 2 million people would lose their lives from COVID-19, and while all loss of life is tragic, we are well under those first projections. I was the first House member to call for a travel ban from China back in January, and the President responded the same day. That early action prevented further loss of life in our country. I’m proud to have supported the CARES Act, which provided support to 1.2 million North Carolina jobs through the Paycheck Protection Program. Finally, my office has made contact with over 20,000 constituents on COVID-related issues since March, from helping them process loans or get stimulus checks, to interfacing citizens with public health officials so the public received accurate information about the virus.

What legislation do you plan to introduce if you are elected re-elected and why?

I have introduced more than a dozen bills with my colleagues that apply time-tested conservative principles to help people impacted by COVID-19. I’ve introduced bills that expand healthcare access, support workers, incentivize telework, ensure safe public housing, simplify PPP loans, stop stimulus payments to dead people, explore temperature checks at airports, establish flexible funding for states and localities, hold China accountable, and help incentivize a safe reopening of our country, and much more. I plan to reintroduce several of these bills next Congress.

How do you think the federal government needs to address some of the economic issues from the pandemic such as unemployment?

I supported the Paycheck Protection Program that helped save over 1.2 million North Carolina jobs and I support a bipartisan House measure to free up $138 billion in unspent PPP loans until December 31st.

I introduced more than 25 bills to help families and businesses deal with the health and economic effects of COVID-19. We should help folks recover from this pandemic and ensure we never have to lockdown again. My bottom line position is that the best way to recover from the economic damage of COVID is for our country to safely reopen.

What issue do you believe matters the most to voters going into November’s election?

First and foremost I believe that safely reopening our country should be the top priority. Beyond that, I think we have to stand with our law enforcement and maintain law and order around the country. I have introduced bills so that taxpayers don’t pay for the destruction of businesses and cities by violent mobs.

What is your opinion of how the federal government has handled the pandemic?

It has been atrocious. There was no federally coordinated response. In addition to ignoring it and lying to the American people for months, the government farmed out the response to the states so they could blame Democratic governors. They ignored the Pandemic Playbook that was left to them by the previous administration which had clear trigger events for what to do when. We lost invaluable containment time. They politicized masks and social distancing and they encouraged citizens to break contain and “liberate” themselves. Look at the rest of the industrialized world. We have exponentially more deaths. Why? Because these Republicans politicized science. They politicized the CDC. They politicized the WHO and they continue to lie and obfuscate while Americans die and suffer financial ruin. However, plenty of them made plenty of money off of Covid Relief including the Kushners and the incumbent in NC-13.

They needed to invoke the Defense Production Act immediately to create a hybrid private sector model that created local supply chains for mass produced testing and PPE. Instead, Trump forced governors to source these materials overseas and then sent DHS to intercept the orders and make the governors have bidding wars. We even shipped 17 tons of PPE to China on February 7, the very same day Trump told Woodward how lethal the virus was! That’s’ unconscionable. But, worst of all was the lying. In one breath, the President and his party said it’s nothing to worry about, while behind closed doors, Senators are dumping stocks and Trump is telling Bob Woodward is lethal and airborne. It’s a monstrous way to govern and we’ll be paying for this negligence for decades.

What legislation do you plan to introduce if you are elected and why?

I would also like to introduce legislation around government accountability and transparency. We can’t have lawmakers writing laws where they benefit financially. We have to codify into law conflicts of interest that are currently only ethical violations. These need to be stringently enforced at least at a misdemeanor fraud level. We have to enforce laws and regulations in a more uniform manner. Nobody is above the law.

How do you think the federal government needs to address some of the economic issues from the pandemic such as unemployment?

Infrastructure: We have to invest in our crumbling roads, bridges, and highways. There is so much that has been neglected that can put America back to work in a meaningful way.

Why shouldn’t America be producing these testing supplies, vaccines, and PPE. Why shouldn’t we be exporting these instead of relying on foreign supply chains? Our trade deficit is the worst it’s been in more than a decade. We have to return balance to our global position in the world. It starts here at home.

Universal Basic Income Protections. If we can bail out wall street, why can’t we bail out main street? If we can put money into the Market during this Pandemic, why can we not put it into Main Street during this Pandemic? Relief packages should be industry specific. We need to reinvest into our gig economy to help 12 million gig workers in the music and entertainment industry. We have to design relief packages for our bars and restaurants that support millions of Americans every day. We should provide tax incentives to restaurants to locally source their food so that small farmers can better compete with corporate agribusiness. We should work to legalize hemp and medical marijuana so existing infrastructure and land can be repurposed with a new cash crop. There is so much that we have neglected, but most of all, we have neglected honesty, unity, and transparency. The politicization of science for personal and political gain has been devastating to the unity in our nation. I have Republicans and Democrats supporting me and I will serve everyone equally, regardless of partisan affiliation.

What issue do you believe matters the most to voters going into November’s election?

Healthcare and Public Safety. People shouldn’t go broke because they get sick. We have to ensure that healthcare access and delivery is improved for every American and not just people who can afford exorbitant premiums. No one should get rich because my kidney failed and no one should be poor for the same reason. We need to remember that we are all human and not just numbers on a ledger.

Allison, Foster: Why isn’t more being done for South Statesville?

Doris Allison and Frederick Foster aren’t happy with the rest of the city council when it comes to south Statesville.

It isn’t Election Day yet, but voters in Iredell County and North Carolina can start casting their ballots with early voting, which begins tod… 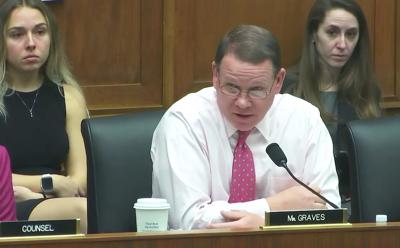