Smith on Monday defended it, arguing some provisions in the bill will increase voter participation.

One of the most contentious elements of the bill would prohibit the state’s top elections official from mailing absentee ballot request forms to voters.

Secretary of State Paul Pate, a Republican, mailed absentee ballot request forms to all registered Iowa voters ahead of the June 2 primary. The reasoning was to encourage as many Iowans as possible to vote early by mail and limit the number of in-person voters on Election Day during the new coronavirus pandemic.

The result was record turnout: More than 500,000 votes were cast in the primary, according to Pate’s office.

Smith said he felt the ban on such actions was necessary because the Legislature did not appropriate funding for it, and because duplications occurred in some counties where local elections officials also sent out absentee ballot request forms.

Smith said under his proposal local elections officials still could send out absentee ballot request forms, as could political campaigns. The restriction applies only to the secretary of state.

“Nothing in here stops the ballot request forms from going out (at the local level or from campaigns),” Smith said.

Smith felt some counties went too far in reducing the number of polling sites, that some disproportionately reduced the number of urban or rural precincts, and that because of the reductions some sites had long lines of voters. The proposed legislation would create a limit of a 35% reduction of polling sites.

“We cannot reduce our polling locations by 90 percent,” Smith said. “I had people contacting me, saying, ‘I don’t want to vote absentee. I want to vote at the polls.’”

The proposal also requires a driver’s license number or voter identification number on the absentee ballot request form. Currently, if that information is absent, elections officials find the information in their databases and fill it in. Under Smith’s bill, election officials would have ask the voter to get that information.

Smith said the legislation also included the extensions of some deadlines to request absentee ballots, which he said would allow for more people to vote absentee. The proposed legislation extends from three days to 10 days the time period in which individuals who are hospitalized can request an absentee ballot, and it provides an extra week after the election for individuals who fail to sign the envelope when returning their ballot.

The proposal passed through the Senate State Government Committee, which Smith chairs, on Friday after a sometimes heated debate. It is now eligible to be debated by the full Iowa Senate, and if it passes there would go before the Iowa House before heading to the governor’s desk.

Tony Bisignano, a senator from Des Moines and the top Democrat on the committee, remained unpersuaded by Smith’s arguments.

“I don’t think it’s fair when we talk about elections that it has to be done on a county basis or a regional basis or a city basis. Everyone should have the same opportunity to vote,” Bisignano said. “If a pandemic isn’t bad enough to go to an absentee ballot program, I don’t know what is. The attack on the secretary of state is unfair. He did a great job, a lot of people voted and there has been no evidence of fraud.”

Putting a twist on Ronald Reagan’s iconic and optimistic political ad, “Morning in America,” Republicans who hope to block President Donald Trump’s reelection will begin airing an ad highlighting what they say is his inept response to the coronavirus pandemic.

A consultant’s proposal to develop a resilience or sustainability plan spurred a lot of discussion, but the Cedar Falls City Council approved hiring the firm Monday in a 4-3 vote.

But no set date for when family visits, halted in mid-March, can resume.

The Waterloo City Council has been asked to approve a zoning request to legalize a small trucking dispatch and repair center at 122 Black Hawk Road.

The Black Hawk County Courthouse may be reopening to the public next week, but don’t show up without an appointment.

The number of Iowans hospitalized by COVID-19 was down for the seventh straight day Wednesday and at its lowest point in more than a month.

Improved safety or stopping solicitation? A Waterloo ordinance that would ban panhandlers and others from some road medians moved a step closer to adoption this week. 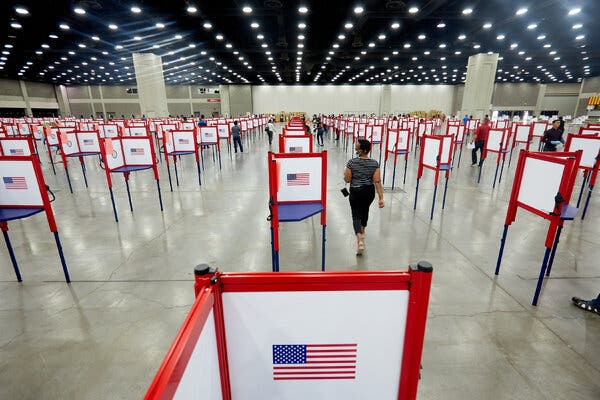