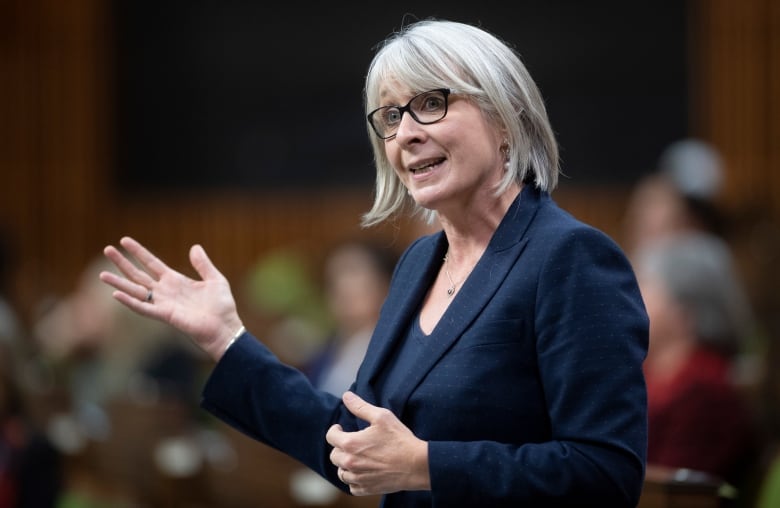 The Liberal government says a Conservative demand for a wide-ranging probe into the federal COVID-19 response is impractical and could paralyze the work of civil servants responding to the pandemic’s second wave.

The government’s pushback against the Conservative motion calling for sweeping health committee hearings comes as the the NDP and Bloc Quebecois appear set to support the Official Opposition in its quest for answers.

But the Liberals say they won’t declare the vote on the motion a matter of confidence, reducing the chance of a snap election.

All day today, MPs debated the Conservative motion that calls for a probe by the House of Commons health committee into a host of issues relating to the government’s handling of the COVID-19 pandemic.

Conservative Leader Erin O’Toole said the investigation could help Parliamentarians learn from the mistakes of the first wave, do a better job of dealing with the ongoing second wave and prepare for future outbreaks.

“We want to offer the government a chance to work with all parties, improve its approach and act with transparency.”

O’Toole said the Liberal government was slow to respond to early warnings about the risks of the novel coronavirus, was reluctant to close borders to travellers, relied too much on advice from the World Health Organization and took too long to roll out critical federal aid programs.

He also denounced the federal government’s decision to send a shipment of personal protective equipment (PPE) to China in February, its lack of progress in approving rapid testing kits and the changes made to a critical public health intelligence tool.

O’Toole, who contracted coronavirus in September but has since recovered, brought up his own personal experiences — waiting in a long line to get tested in Ottawa and receiving conflicting public health advice — as examples of Canada’s flawed response.

The Liberals’ response to COVID-19 needs to be reviewed.– Conservative Leader Erin O’Toole

If passed, Thursday’s motion would empower the committee to call several cabinet ministers as witnesses and direct the government to hand over to the health committee a trove of documents, emails and other records from a handful of departments, including the Public Health Agency of Canada and the Prime Minister’s Office.

It also would order the government to release all records related to the COVID-19 Vaccine Task Force and its plans for distributing an eventual vaccine.

“The motion before the House today is probably the most important thing that Parliament could be dealing with right now, and that is how we as a country move forward to address the COVID-19 crisis,” Conservative health critic Michelle Rempel Garner told the House of Commons during debate on the motion.

Liberals argue the demand for documents is so sweeping that the time it would take to produce them would distract civil servants from their work on the COVID-19 response.

“Our initial analysis of this motion indicates that the very officials that are working day and night on Canada’s response will be removed from their immediate tasks,” said Health Minister Patty Hajdu in the Commons.

“Instead of working together to protect Canadians during this difficult time, the member would prefer to divert their focus to an unnecessary task that does not in any way help Canadians manage the months to come.”

The government will do its best to respond to the motion if it passes, Liberal MP Kevin Lamoureux, parliamentary secretary to the government House leader, told the Commons at the start of debate. Lamoureux added, however, that the 15-day timeline would be “physically impossible” to meet.

Rempel Garner countered that if the timeline outlined in the motion is unrealistic, the government should suggest a different deadline for producing the documents.

The Conservative motion will go to a vote on Monday. Government House Leader Pablo Rodriguez’s office confirmed on Thursday it won’t be considered a confidence vote.

Bloc Québécois Leader Yves-François Blanchet signalled his party would vote for the motion. NDP Leader Jagmeet Singh said his party also supports it, but would like to see some changes made first.

Thursday’s motion comes one day after the Liberal government survived a confidence vote on a separate Conservative motion that sought a special committee investigation into the WE Charity affair and other alleged examples of corruption.

NDP, Green and Independent MPs grudgingly joined the Liberals on Wednesday in defeating the motion. But all of the opposition parties blamed Prime Minister Justin Trudeau for turning the issue into a confidence matter that threatened to plunge the country into an election.

“Mr. Trudeau is willing to put his own political fortunes — a continued coverup — ahead of the health of Canadians,” said O’Toole.

The demand for documents concerning the purchase of PPE could be particularly sensitive for the government. It has used a national security exemption to keep some procurement contracts secret in order to protect the names of suppliers of items that are particularly hard to come by, such as N95 respirators, gloves and swabs.