“I don’t want our young girls and women to think the work’s all been done. Ya we got the vote, but that’s not good enough. We have to have a better representation of women.”

Laura Ross came home from school everyday, eager to catch up on the happenings in the House of Commons on CBC’s The House.

Even as a young girl, politics fascinated her.

Later, she got involved in school elections and eventually volunteered with political campaigns.

Today, she is one of just 16 female MLAs in Saskatchewan, a minority in the Legislative Assembly.

“I want to see a lot more women sitting at all those tables,” said Ross in an interview Tuesday. “Be it on municipal councils, be it at city council, school boards, library boards — I want to see women stepping up. I want them to have their voices heard.”

That’s why she and Ward 4 Coun. Lori Bresciani organized She Should Run, an information night for women interested in running in politics or finding other ways to serve their community.

The information night is being held at the Lady Slipper Courtyard at Wascana Place on Thursday at 7 p.m.

It will be a non-partisan event to give women a chance to ask questions of local female politicians and board members in a relaxing environment.

“I don’t want our young girls and women to think the work’s all been done. Yeah, we got the vote but that’s not good enough,” said Ross. “We have to have a better representation of women and of all ages and all backgrounds.”

There are a total of 61 MLAs in Saskatchewan, 16 of them female and 45 of them male.

Of the 10 city council seats in Regina, only three are women.

Saskatoon has double the number of female councillors, coming in at six. Both Saskatoon and Regina’s mayors are male.

“I think it’s disheartening across the board,” said Bresciani in an interview this week. “Every level of government is trying to get more women engaged. I think though that we as women have to network together as well to talk about how important this issue is and how important it is for women to have a voice at the table.”

Bresciani got involved in politics to be the change she wanted to see in her community, but it wasn’t something she ever thought she’d do until someone asked her.

That’s the difference between men and women in politics, said both Bresciani and Ross about the persistent gender gap.

“Studies have shown that in order to even get a woman to even consider running, she has to be asked five times. Where most men will say, ‘Oh pick me!’ ” said Ross.

Ross was determined to get into politics from an early age, but she said that’s not the case for a lot of women who, despite being more than qualified, just don’t feel like they are.

It’s why in addition to events like She Should Run, Ross also runs a self-esteem workshop for girls every year.

“It’s teaching young girls to step up, to be fearless,” she said.

Ross is also the current chair of the Commonwealth Women Parliamentarians  (CWP) Canadian Region, which among others goals, aims to increase female representation Canadian parliaments.

“As women, we have different experiences. We have different skill sets and so a lot of us bring something a little different to the table,” said Ross. “When policies are made I think they take into account a broader picture.”

But Bresciani said there are a lot of questions that need to be answered before someone dives into politics or other leadership roles.

These questions and more will be answered by Bresciani and Ross, along with NDP MLAs Nicole Sarauer and Carla Beck, and representatives from the school board and other local boards and committees, Thursday night.

To register for She Should Run, email sheshouldrun@sasktel.net.

Ross is a Saskatchewan Party MLA for Regina Rochdale and was first elected in 2007. She was re-elected in 2011.

Bresciani has been a resident of Ward 4 for 35 years and was first elected in 2016.

December Democratic Debate Will Go On – The New York Times 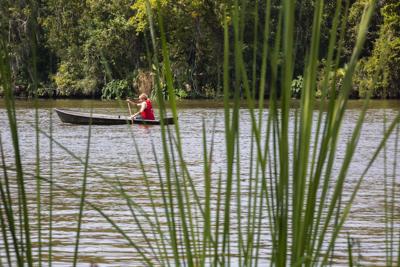 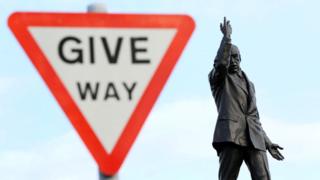