“Our community is a better place for his service,” Grand Forks Mayor Mike Brown said. “He was the ultimate statesman, a caring public servant, humble. He set the bar high for the rest of us.”

Glassheim, who had been battling health issues for a number of years, died in Grand Forks on Wednesday, Dec. 25, after a long battle with lung cancer. He was 81.

Glassheim served on the Grand Forks City Council and in the North Dakota Legislature for decades and will be remembered for his many contributions to the city and the state, local leaders say.

Glassheim, a Democrat, joined the North Dakota Legislature in 1975, where he stayed for a year. He returned in 1993, after serving a decade on the Grand Forks City Council. He continued to hold both offices for nearly 20 years. He retired from local politics in 2012 and state politics in 2016, capping his career with a quixotic U.S. Senate run against Republican John Hoeven.

“Eliot dedicated decades of his life to serving the people of Grand Forks and North Dakota,” Hoeven said in a statement. “He will long be remembered for his hard work and good nature. Mikey and I extend our heartfelt condolences to his family and loved ones and join with people from across North Dakota in expressing our appreciation for his life of service.”

Those who worked with Glassheim described him as a hard-working, humble man, who often knew just the right time to make a joke to help ease the tension during a meeting.

“When council things would get tense, he would make a self-deprecating joke and the tension would just disappear,” Brown said. “He ways always, always humble, always focused, always caring about his community.”

Brown said Glassheim was an “excellent mentor” when he was first elected mayor and helped Brown understand what government was really about.

“Eliot was someone who everyone respected a truly admired,” Mock said. “He was a principled statesman.”

Glassheim always wanted to do what was best for the people of Grand Forks and North Dakota. He showed that in his actions, his deeds and his passion, said Mock, adding that Glassheim was a deep thinker, a lively debater and someone with whom he could vehemently disagree — yet crack a smile during the process.

He was involved in countless organizations throughout the city, constantly making an impact on people’s lives.

Eliot Glassheim talks about his history in the Grand Forks area in this 2016 file photo. Jesse Trelstad/Grand Forks Herald

Dyan Rey, Glassheim’s wife, described her husband as a fun and funny person who was always giving back to his community in various ways.

“Eliot was a big-hearted person,” she said. “He was very generous — very generous with his time and with money to organizations and people.”

Glassheim, who grew up in New York City and earned his bachelor’s degree in English from Wesleyan University, is survived by Rey and his two children.

Through the 1960s, he worked a series of jobs as a copy boy at The Washington Post and in his father’s New York ladies’ hat business before eventually starting a master’s program at the University of New Mexico, the same university where he eventually earned his doctorate in American literature.

He was hired to teach at Augusta College in Georgia before eventually making his way to Grand Forks in the 1970s, when he took a postdoctoral fellowship at UND.

While at UND, Glassheim’s interests began to shift more and more toward public life. He got involved with a group of Near North Neighborhood residents who were worried about urban renewal and ran for Grand Forks City Council in 1972.

He lost by six votes.

That loss wouldn’t mean the end of Glassheim’s political aspirations. In fact, it was just the beginning.

He went on to win election to the state House in 1974, beginning his first legislative term in 1975. Though his campaign ended successfully, his stint in Bismarck was short-lived, ending the next election cycle as redistricting forced him into a losing electoral contest. But it was a learning lesson.

“I learned a little bit how to deal with people, how to ask questions, how to listen,” Glassheim said in 2016. “How to work with people from the other party.”

It was the start of a long political career.

While Glassheim was a well-known politician, he was also a poet and a wordsmith.

“He was so funny and unjudgmental and kind and just good company,” Laurel Reuter, director of the North Dakota Museum of Art, said. “He was thoughtful, extremely intelligent and worldly, all those things that add up to a good friend and a good member of our community and just a beloved person.”

Glassheim authored several books during his life, including ones filled with his poetry. In the days leading to his death, Reuter was designing Glassheim’s next book, which will be titled “My Father’s Keeper.” The book, which is about Glassheim’s childhood, will be Glassheim’s most personal book he has ever written, she said.

Reuter had prepared 100 pages that were ready to go to Glassheim for proofing the day before his death.

“He was so anxious to see it and so looking forward to it and then he took a turn for the worst and he never saw them,” she said. “So, I will continue the design and take it to press and it will get printed.”

Even those who disagreed with him politically had a deep respect for Glassheim. Former Fargo Rep. Al Carlson, a Republican who was the House majority leader from 2009 to 2018, had a long-lasting, across-the-aisle friendship with Glassheim.

Carlson and Glassheim were “classmates,” both beginning a large majority of their legislative careers in 1993. Carlson said he and Glassheim “could not have been more philosophically different” on a lot of the issues facing North Dakota, but, despite those differences, Glassheim was always a gentleman and continuously polite.

“His floor speeches were always very well thought out. And I think half the time he did them just to see if I’d respond and get back up and counter them,” Carlson said with a chuckle. “He was a good friend.”

The two served on many committees together throughout their time in the Legislature. Carlson said it’d be Glassheim taking the pros on an issue and Carlson taking the cons or the other way around. But Carlson felt that made policy stronger.

Though he spent his entire career in the minority party, Carlson said Glassheim “always kept his chin up” and kept trying new ideas during his time in the Legislature.

“I’m going to miss him,” Carlson said. “He was always quick of wit and had a smile on his face, and I think that’s a trait that was pretty darn admirable.”

“Eliot Glassheim was a true statesman whose wisdom, integrity and quick wit made him an effective consensus-builder and beloved public servant for more than two decades in the House and 30 years on the Grand Forks City Council,” Burgum said in a statement Thursday.

Bret Weber, member of the Grand Forks City Council, first got to know Glassheim while working on an environmental initiative with the city, of which Glassheim was the main adviser. From there, the two worked on a number of projects. When Glassheim was looking to retire from the city council in 2012, Weber ran for Glassheim’s spot and, ultimately, secured it. Weber said he was proud to have had Glassheim’s endorsement.

“When I had problems, Eliot was certainly one of my first go-to people,” Weber said. “I considered him a political mentor.”

Lawmakers, leaders and citizens throughout North Dakota took to Facebook Thursday to share their memories of Glassheim.

“The world lost a giant,” Fargo-Sen. Kathy Hogan wrote in a post remembering Glassheim. “Eliot was truly a gift to everyone who met him. His love of community, public service and words was endless.”

“Whenever Eliot rose to speak on the ND House of Representatives floor, everyone would stop to listen. He used his words and ideas to shape public policy. His respectful and dignified approach to everyone earned him deep affection by both friends and foes,” she continued. “He will be deeply missed.”

After a health scare during the 2015 legislative session, friends and family held a program to honor Glassheim’s life and achievements in May 2015. Mayor Brown proclaimed that day “Eliot Glassheim Day” and had announced the renaming of Third Street in his honor. Glassheim was known for championing the revitalization of downtown Grand Forks after the 1997 flood.

“It’s nice to honor people when they’re still alive,” Brown said. “I think it was important that he knew how much we appreciated him.”

Herald columnist and former reporter Chuck Haga wrote a testimonial for the program celebrating Glassheim’s accomplishments in 2015. Haga, like so many in and around Grand Forks, considered Glassheim a friend and a true citizen.

“Eliot Glassheim’s father was a businessman, a Rockefeller Republican. His mother, a special education teacher, was a Democrat. From them, he learned the art and potential of compromise, the importance of respect and decency in public life, and the rightness of listening to people who might think differently,” Haga wrote.

“If there were issues affecting people’s health, housing, quality of life and access to government programs, no one was a stronger voice for people than Eliot,” Grand Forks businessman and former city councilor Hal Gershman said in 2015.

But before that celebration took place, there was some concern Glassheim would never know of the street dedication or of the special events planned for him back home. Glassheim had been hospitalized in Bismarck in April 2015 and he needed to be taken to the hospital in Grand Forks to be with his family.

Mock said when one legislator learned about Glassheim’s failing health, the legislator stepped in to offer his air ambulance company to help Glassheim. People from across the Legislature chipped in to make the journey possible.

Glassheim, though frail, eventually made it to his celebration, a day he called a “wonderful honor.”

“I think what you’re honoring is — yes, me, that’s fine — but what you’re really honoring is values that many of us in the room all share and for which I’ve stood,” he said during the 2015 event.

Among the legacy Glassheim leaves is the revitalization of downtown Grand Forks following the 1997 flood, Mock said. Glassheim was on the council during the 1997 flood and was a part of the “heart wrenching, emotional debate about what” the city would do with its downtown following the disaster. Leaders were unsure whether to move the downtown or rebuild it, but Glassheim was a firm believer in revitalizing and rebuilding the city’s heart.

“Eliot truly believed that we needed to invest and rebuild in our downtown neighborhoods,” Mock said. “That’s a major part of his civic legacy that will live on with every downtown revitalization project, with every vision exercise and thinking about how Grand Forks will serve future generations. There’s going to be a little bit of Eliot Glassheim baked into every one of those conversations. I don’t know that we’d be having this conversation if it weren’t for him and some of his colleagues, putting Grand Forks and specifically downtown back on our map.”

Many will remember Glassheim for his passion for public service and his love for the community around him.

“I’ll remember Eliot as a great neighbor and as a citizen,” Mock said. “I think the public service is all part of how he engaged as a citizen and how he supported his neighbors. He didn’t do it for the title. He never did it for the recognition. He did it because he saw this was a part of his civic responsibility.” 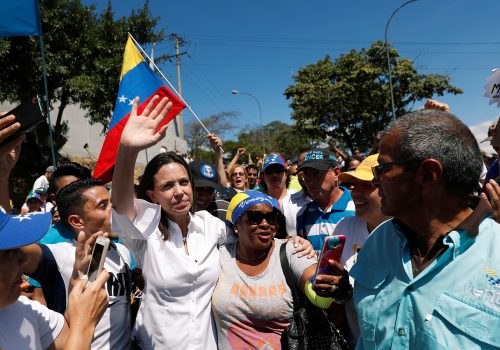