What will the October federal election mean for politics in Saskatchewan? We spoke to Premier Scott Moe and NDP leader Ryan Meili to find out.

While Premier Scott Moe sees the upcoming federal election as a turning point with implications for national unity, his NDP rival sees it as a chance for a new start in Saskatchewan politics.

“That will absolutely have a huge impact on how we discuss climate change, how we discuss economic development — there will be big things to deal with either way,” said Saskatchewan NDP leader Ryan Meili in a pre-campaign interview.

“It’s a bit of a reset button for how both Scott Moe and myself will be positioning themselves nationally and with Saskatchewan public.”

He said the outcome will affect what he can propose as provincial party leader in the run-up to the 2020 provincial election. Depending on who wins, his ability to put forward ambitious proposals on everything from pharmacare to climate change will get a leg up or a fiscal blow.

“The policy options will change a bit, the goals won’t,” he said.

If the federal carbon tax is off the table after Oct. 21, it could deprive Moe of one of his political weapons. The NDP leader has been forced to fend off criticism that he supports carbon pricing, with the Saskatchewan Party citing past comments that seemed to welcome Prime Minister Justin Trudeau’s proposals.

Meili has since came out against the federal carbon plan as poorly designed for Saskatchewan’s economy.

“It changes their ability to bang this one note that they’ve been banging over and over again, and in many ways misrepresenting, trying to put words in my mouth,” said Meili.

Then again, it might not change that at all. Meili said he’s sure Moe will find some other “distraction.”

Meili’s support — qualified, reticent, but nonetheless real — for federal NDP leader Jagmeet Singh might be just the ticket. Moe has said he sees a direct link between the two, and ground to hold Meili accountable for Singh’s decisions.

“I’m a federal New Democrat. I’m a member of the party and that is absolutely who I’ll be supporting,” Meili confirmed.

He said the provincial and federal wings of the party share a social democratic philosophy. But they also have differences. Meili said the federal party under Singh has been too willing to say no to pipeline projects that pass through federal environmental assessments.

“We think it’s really important that we get Saskatchewan products to market,” said Meili.

But he greeted most of Singh’s platform as a “very ambitious” plan for stimulating the economy with green jobs, renewable energy and retrofitting. He also lauded Singh’s early support for universal single-payer pharmacare.

He still plans to keep his distance on the campaign trail. Meili said voters are more likely to see him on the doorstep supporting his local MP, Saskatoon West’s Sheri Benson, than playing a prominent role in the national campaign.

By contrast, Moe has said he won’t be out stumping for any specific candidate. But Meili isn’t buying any notion that the premier is maintaining a non-partisan stance in the campaign.

In his view, the premier has been actively campaigning for Conservative leader Andrew Scheer, serving as an “attack dog” against the sitting federal government.

“He’s chosen his brand and his side,” said Meili. “And he’s actually blinded by that to the point that he’s involving himself in ways that actually harm Saskatchewan.”

He sees Moe’s Saskatchewan Party as the Conservatives in the colours of the provincial flag. He accused Moe of “stoking the fires of disunity” by warning about what the election will mean for the country’s divisions.

“For him to be kind of saying it depends who wins whether or not we’ll be unified as a country, that’s a shocking statement and one he should be embarrassed to be bringing forward,” Meili said.

Despite his loyalty as a New Democrat to Singh’s side of the party, Meili seems to share Moe’s pessimistic about the NDP’s chances to form government at the federal level.

“Most likely we’ve either got an Andrew Scheer Conservative government or a Justin Trudeau, Liberal government — majority minority, there’s a few different permutations there,” he said.

But his senior members of the provincial party’s staff are on the field trying to eke out whatever victories they can. John Tzupa, the Saskatchewan NDP’s provincial secretary, is currently leading the effort in the province.

That means providing administrative support and helping staff the campaign. He also expects caucus members to go out supporting their local candidates, just like Meili has been doing on Benson’s behalf.

Tzupa said there are hundreds of volunteers across the province. But the federal race seems like an afterthought compared to the provincial prize.

“For us, we are focused on winning an election here in Saskatchewan and that’s where we approach things from,” said Tzupa.

“That is the number one goal and focus.” 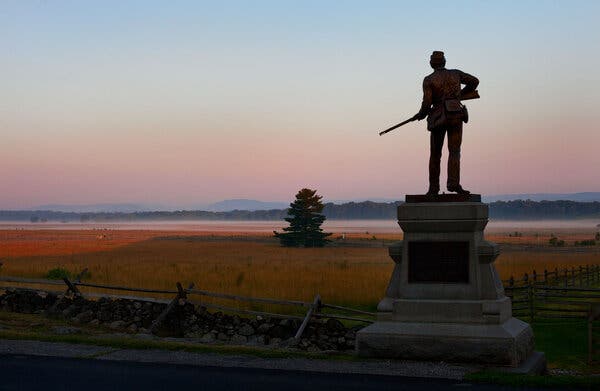