WASHINGTON — Senator Mitch McConnell is usually impervious to criticism, even celebrating the nasty nicknames critics bestow on him. But Mr. McConnell, the Senate majority leader, is incensed by the name “Moscow Mitch,” and even more miffed that he has been called a “Russian asset” by critics who accuse him of single-handedly blocking stronger election security measures after Russia’s interference in 2016.

Democrats had been making the case for months, but it was supercharged last week by the testimony of Robert S. Mueller III, the former special counsel, who told the House Intelligence Committee that the Russians were back at it “as we sit here.”

Mr. McConnell cites several reasons for his opposition — a longstanding resistance to federal control over state elections, newly enacted security improvements that were shown to have worked in the 2018 voting and his suspicion that Democrats are trying to gain partisan advantage with a host of proposals.

Republican colleagues say that Mr. McConnell, a longtime foe of tougher campaign finance restrictions and disclosure requirements, is leery of even entering into legislative negotiation that could touch on fund-raising and campaign spending.

But whatever Mr. McConnell’s reasoning, the criticism has taken hold — even back home in Kentucky, where the majority leader faces re-election next year.

Even President Trump felt compelled to come to his defense — as only he could.

“Mitch McConnell is a man that knows less about Russia and Russian influence than even Donald Trump,” the president told reporters Tuesday as he was leaving for a speech in Jamestown, Va. “And I know nothing.”

That did not relieve the heat on the majority leader, who on Monday had appeared to open the door ever so slightly to doing more on election preparedness.

“I’m sure all of us will be open to discussing further steps Congress, the executive branch, the states and the private sector might take to defend our elections against foreign interference,” he said as he seethed on the Senate floor over what he described as McCarthy-style attacks on his integrity and distortions of both his position on election security and his hawkish history of challenging Russia.

Throughout his political career, Mr. McConnell has made opposition to the Kremlin a hallmark of his foreign policy stands.

For once, Democrats seemed to be getting to a man who has embraced his portrayal as Darth Vader and the Grim Reaper overseeing a Senate graveyard for legislation that he opposes. When an unsubstantiated West Virginia Senate campaign ad in 2018 called him “Cocaine Mitch,” he began answering his Senate telephone with that identifier.

“Moscow Mitch”? Not so much: “I was called unpatriotic, un-American and essentially treasonous,” he fumed on the Senate floor.

Democrats pressed their advantage. And why not? The hashtag #MoscowMitchMcTraitor was trending on Twitter, and Senate Republicans of all stripes were being asked about the blockade.

Mr. Schumer has in the past suggested that another potential reason behind Mr. McConnell’s position is the thought that interference emanating from Russia could aid Republicans. “I hope it’s not because he thinks it will benefit him, because Putin could turn around in a minute, and then do things that he doesn’t like,” Mr. Schumer said in June.

Lawmakers in both parties have election security proposals waiting on the sidelines, and the furor has caused some to step up demands for Congress to take up their bills.

Senators Marco Rubio, Republican of Florida, and Chris Van Hollen, Democrat of Maryland, wrote on Monday to colleagues reconciling the annual House and Senate military policy bill to request that they include stalled sanctions legislation meant to deter Russia or other foreign actors from interfering in American elections. House lawmakers included a similar provision in their military policy bill, but the senators want to see it strengthened to slap Russia’s economy with intense sanctions if it is found to interfere in a future election.

“This conference committee represents this Congress’ best — potentially last — opportunity to enact meaningful legislation aimed at deterring Russia from a repeat performance of its 2016 presidential election interference,” the senators wrote. “We ask that you seize this opportunity and include the provisions outlined above in the final conference report.”

On Tuesday, Senator Susan Collins of Maine, a Republican member of the Senate Intelligence Committee, signed on to a measure by Senator Mark Warner of Virginia, the committee’s top Democrat, that would require campaign officials to report to federal authorities any offers of campaign assistance from foreign entities.

“Russia’s efforts to interfere in our elections remain relentless,” said Ms. Collins, who is also up for re-election next year, in a statement.

Mr. McConnell’s opposition to any and all election legislation has bottled up the bills in the Senate Rules Committee. The panel’s chairman, Senator Roy Blunt, Republican of Missouri, has hesitated to advance any of the measures since they would go nowhere on the floor.

Mr. Blunt said he repeatedly had been assured by the F.B.I., the Department of Homeland Security and the federal intelligence agencies that they were not lacking resources to combat election interference.

“Mitch would not want to see us further federalize the process and that’s where I am, too,” Mr. Blunt said.

Proponents of the bills say they are devised to keep the states in the lead. A Democratic measure approved by the House would send more than $1 billion to state and local governments to tighten election security, but would also demand that states use the money for machines with backup paper ballots and require a national strategy to protect American democratic institutions against cyberattacks. States would be required to spend federal funds only on federally certified “election infrastructure vendors.”

A bipartisan measure in both chambers would require internet companies like Facebook to disclose the purchasers of political ads. Another bipartisan Senate proposal would codify cyberinformation-sharing initiatives between federal intelligence services and state election officials, speed up the granting of security clearances to state officials and provide federal incentives for states to adopt backup paper ballots.

Backup paper ballots got an endorsement Tuesday from an unlikely source: Mr. Trump. He took to Twitter to call for “Paper Ballots as backup (old fashioned but true!).”

With the focus on the issue intensifying, Mr. McConnell and Senate Republicans will face more pressure to act.

If they do, the most likely result would not be advancing stand-alone bills but instead using the annual spending bills that must pass this fall to funnel more money to states to secure their elections and to make certain they have a paper-ballot trail that can be audited if questions arise about the legitimacy of an outcome. Ten states now lack full capacity to do so, according to the Rules Committee.

Mr. Schumer encouraged that idea Tuesday. “If McConnell wants to address election security in the appropriations process, we would welcome his support on an amendment to send more funding to the states,” he said. “We want to get something done on election security because this is not about party, this is a matter of national security.

Mr. McConnell said Monday that he would not be intimidated into acting on election interference.

He also will probably not be answering his phone “Moscow Mitch.”

A version of this article appears in print on , Section A, Page 1 of the New York edition with the headline: Pressure Mounts On Senate Leader To Secure Ballot. Order Reprints | Today’s Paper | Subscribe 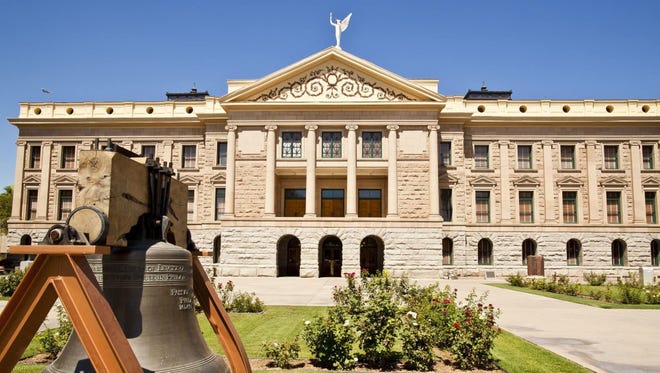 Justin Amash, a Trump Critic on the Right, Leaves the G.O.P. – The New York Times