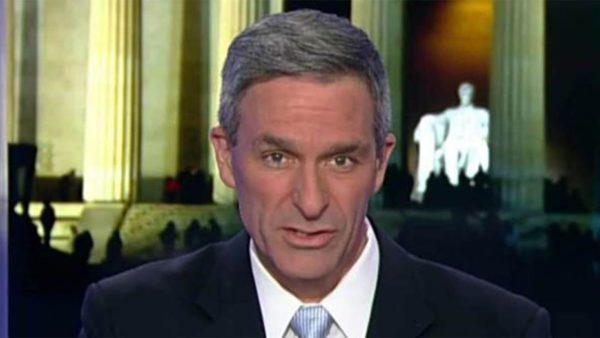 The Trump administration on Monday is implementing the long-awaited “public charge” rule that restricts green cards for immigrants deemed likely to be reliant on welfare — a rule furiously opposed by Democrats, but one that officials argue will protect taxpayers and align with American principles.

“It’s consistent with our law for over 140 years, it’s a core American value of self-sufficiency, and it’s just plain old logic — what country wants to bring welfare problems into its society? We don’t want to do that,” acting Deputy Homeland Security Secretary Ken Cuccinelli told Fox News ahead of the rule going into effect. “We’re happy to open our doors to people from all over the world but we expect them to stand on their own two feet.”

The Trump administration had published the rule in August, scheduled to go into effect in October, but it was blocked amid a series of court challenges. The Supreme Court lifted preliminary injunctions in January in a 5-4 vote. It ruled the same way on a separate injunction for the state of Illinois on Friday, allowing the rule to go into effect across the country on Monday.

“This final rule will protect hardworking American taxpayers, safeguard welfare programs for truly needy Americans, reduce the Federal deficit, and re-establish the fundamental legal principle that newcomers to our society should be financially self-reliant and not dependent on the largess of United States taxpayers,” White House press secretary Stephanie Grisham said in a statement Friday.

While a “public charge” standard is already part of U.S. immigration law, and immigrants have regularly had to provide documents to demonstrate self-sufficiency, the standard has been lacking a formal statutory definition. Officials have been working on interim guidance published in 1999, but have been without a final rule.

The new rule defines a “public charge” as an immigrant who received one or more designated benefits for more than 12 months in a 36-month period. Those benefits that would be designated included Supplemental Security Income (SSI), Temporary Assistance for Needy Families (TANF), as well as most forms of Medicaid and the Supplemental Nutrition Assistance Program (SNAP), commonly known as food stamps. The rule expands the number of benefits that can be considered from interim guidance issued in 1999.

The rule would be applied to immigrants on temporary or nonimmigrant visas seeking to adjust their status to permanent residency. The Department of Homeland Security estimates that about 382,000 immigrants would be reviewed each year, but that doesn’t indicate how many would ultimately be rejected on public charge grounds.

The rule has been fiercely opposed by liberal activists and civil rights groups, who claim it may have a chilling effect on migrants who need help yet fear seeking it would disqualify them from permanent residency.

“Nearly every sector of society has gone on record in opposition to this morally repugnant and legally dubious regulation, and for good reason: its implementation will hurt countless of immigrant and citizen families, and we’re all worse off as a result,” Marielena Hincapié, executive director of the National Immigration Law Center, said in a statement last month.

Democratic presidential front-runner Bernie Sanders has promised to reverse the policy, along with a number of other Trump immigration policies, claiming it is “designed to demonize and hurt those who are the most vulnerable of all.”

But Cuccinelli told Fox News that those arguments point to a “fundamental difference” between perspectives when it comes to immigration.

“We don’t think immigrants should be relying on the U.S. government for welfare and they have some legal ability to do that, but if that’s their approach to the United States of America and they have no interest in self sufficiency and standing on their own two feet, that’s not who we want joining our American community long term,” he said.

He also said that when talking to Americans about the rule, he found the main reaction was surprise that such a rule was even required in the first place.

“The reaction by most ordinary Americans that talk to me about this is ‘I can’t believe we needed to do this, I can’t believe that welfare is available for people who aren’t American citizens or who aren’t already here on a permanent basis.’ They are stunned by that for starters and the idea that we would encourage that is not something I have seen much in the way of favorable response.”

The rule’s implementation marks the latest in a series of Supreme Court wins on immigration-related policies that had been previously blocked by lower courts.

In 2018, the Supreme Court allowed the travel ban to go forward. The administration has seen similar wins on funding for the wall on the southern border, and the Remain-in-Mexico policy which sends migrants at the border back to Mexico to await their immigration hearings.

Cuccinelli said that it was a vindication for President Trump’s approach of making sure administration policy stays within the boundaries of the law, as well as a message getting through to activist judges that the rules of the game have changed.

“Some of these lower courts are, I think, gradually getting the message that they have to start being judges again and stop being political activists,” he said.