Trump is not on the ballot, but he’s front-and-center in this month’s key gubernatorial elections – Fox News

President Trump is betting that he can still work his electoral magic in three deeply red southern states that he won big in the 2016 presidential election.

Nail-biting gubernatorial contests Tuesday in Kentucky and Mississippi and in Louisiana on Nov. 16 — three conservative states that also have a tradition of electing Democratic governors — will be the first key electoral tests since House Democrats launched an impeachment inquiry against the Republican president.

And the results of the showdowns could serve as a barometer on whether Trump still has the proven ability to rally Republicans at the voting booth.

The president was blasting Louisiana’s Democratic incumbent governor, who was forced into a runoff against Republican businessman Eddie Rispone in last month’s non-partisan primary election after coming close but ultimately failing to win a majority.

Trump is headed to the state on Wednesday, to hold a rally for the Republican challenger. On Monday, he’s in Kentucky to campaign with GOP Gov. Matt Bevin, who’s facing an extremely challenging reelection bid against Democratic challenger and bitter rival Andy Beshear, the state’s attorney general. And on Friday, he rallied in Mississippi with Lt. Gov. Tate Reeves, who’s locked in a very close contest with Democratic Attorney General Jim Hood.

Of all three states, Trump’s presence may make the most difference in Kentucky, where only two of the state’s last 10 governors have been Republicans.

Bevin’s first term’s been anything but tranquil. He battled state lawmakers from his own party and even had a spat with his lieutenant governor. And he faced three primary challengers, winning re-nomination by getting just 52 percent of the primary vote.

“If Gov. Bevin loses, he will have no one to blame but himself. His propensity to attack anyone who disagrees with him aligns him with Trump, but he doesn’t necessarily get the same pass from voters,” said Jennifer Duffy, senior editor at the Cook Report, a well-respected non-partisan political handicapper.

The Kentucky governor – one of the most unpopular in the nation — talks about Trump often on the campaign trail and prominently features the president in his TV commercials. And he’s repeatedly defended Trump against the House impeachment inquiry.

“Bevin wants to be bailed out by President Trump, who won the state by a mile in 2016, and it seems like he is bringing up impeachment about every chance he can get,” highlighted Fox News’ anchor and chief national correspondent Ed Henry.

“The point is this race may give us our first real test of whether using impeachment as a weapon is actually more fruitful for Republicans than Democrats, in terms of rallying the conservative base,” Henry explained. “And given Bevin’s troubles back home, it will be a real barometer of whether the president still has coattails in MAGA country, just as we saw him pull a Republican across the finish line in that special House election in North Carolina.”

In Louisiana, Edwards is hoping to repeat his 2015 success, when he topped then-Republican Sen. David Vitter in the runoff. But Louisiana, like many other socially conservative states, continues to trend red as once reliably Democratic voters increasingly cast ballots for GOP candidates.

“Gov. John Bel Edwards has to be nervous that while impeachment itself is not front and center in his race, the deep political divide may be firing up Trump voters in the rural areas of the state where the incumbent has to make some inroads in order to survive,” Henry noted. “Edwards still seems to have a slight edge, but the whole reason he was forced into a runoff is that the president came to the state and got his voters to the polls. That kept Edwards under the 50 percent threshold to avoid a runoff.”

But Trump’s name isn’t on the ballot. And these aren’t federal elections.

Leah Askarinam, a reporter and analyst with the non-partisan newsletter Inside Elections, noted that even in these increasingly partisan times, voters might be “willing to cross party lines when it comes to governance of their specific states.”

“Gubernatorial candidates can campaign on issues that are state specific like the state’s budget and education funding — and they can cross party lines without facing the same kind of political pressure as Senate candidates who have to work with a national legislature,” Askarinam said. “We’ve seen candidates like John Bel Edwards support state policies that limit abortion access, for example, which is a much more difficult stance to take as a Democrat in the Senate.”

While Trump – and impeachment – may be making headlines as these off-year elections play out, Duffy emphasized: “I don’t necessarily believe that the outcome of this year’s governors’ races will tell us much about next year.”

Specifically in Louisiana, she said that if Edwards loses, “it tells me that the state has become intractable red as Edwards doesn’t have strong vulnerabilities apart from being a Democrat.”

And in Mississippi, she noted that Hood “has been running statewide successfully for years. In one ad, he says something along the lines of ‘I drive my own truck, carry my own gun and bait my own hook.'” 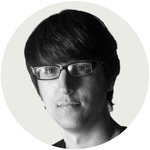