The President’s harsh and often baseless criticism of vote-by-mail is significantly ratcheting up as more and more states loosen their vote-by-mail restrictions proactively or on court orders.

The latest: Texas, where a federal judge ruled on Tuesday that all voters can request an absentee ballot if they fear contracting the coronavirus by going to the polls in person, dealing a blow to Republicans in the state who had argued against sending ballots for that reason.

And in Michigan, the state’s Democratic secretary of state said this week that all eligible voters would be mailed an absentee ballot application ahead of the November general election. Michigan is one of dozens of states that allow voters to cast their ballot by mail for any reason and it is a key swing state in the November presidential election.

In his tweet Wednesday morning, Trump falsely claimed Michigan would send absentee ballots to 7.7 million voters. But he also threatened to “hold up funding to Michigan if they want to go down this Voter Fraud path!” Trump several hours later deleted the tweet and sent a new one that correctly described Michigan’s absentee ballot initiative.

States have the legal authority to make changes to their elections, and Republicans have repeatedly opposed federal intervention in the administration of elections by the states.

Samuel Bagenstos, a professor of constitutional law at the University of Michigan Law School who has written extensively about federal government’s power to impose conditions on states’ receipt of federal funds, said Trump does not have the authority to unilaterally hold up federal funding to the states.

“It’s pretty clearly not a thing that he’s allowed to do,” Bagenstos said. “The President doesn’t just get to decide that he’s not going to spend appropriated funds because he doesn’t like what states are doing.”

“The federal government can impose conditions on states who receive federal funds but it’s Congress who does that,” he added.

A senior administration official with the Office of Management and Budget said on Wednesday that “no decisions have been made” about funding to states in response to Trump’s threats.

“No decisions have been made at this time. Discussions are ongoing,” the official said, adding the “President has made waste, fraud and abuse key over the last few years — for example, his budget this year included the first ever full chapter dedicated to money the Government spends on inappropriate or harmful or wasteful organizations and programs.”

The official would not say which funding Trump could potentially withhold or whether there was legal backing for him to do so. The official also noted that the President was simply voicing concern about the decisions being made by these states and likened his tweet to others that initiated discussions within the government about if and how states could withhold funds to cities, as he has done with so-called sanctuary cities in the past.

A spokesman for Michigan’s secretary of state said Trump’s tweet is false and said that Secretary of State Jocelyn Benson, a Democrat, has the authority to make the change.

“Applications are mailed nearly every election cycle by both major parties and countless advocacy and nonpartisan organizations,” said spokesman Jake Rollow. “Just like them, we have full authority to mail applications to ensure voters know they have the right to vote safely by mail.”

Marc Elias, the Democratic lawyer who is leading the party’s legal efforts to expand vote-by-mail across the country, responded to Trump’s tweets Wednesday morning, saying that Trump is “spreading lies about voting again.”

“Michigan is sending vote by mail applications, not ballots,” Elias wrote in a tweet. “This is exactly what several GOP secretaries of state are doing. It is completely legal and good policy. He can’t hold up funding to prevent people from voting.”

Other secretaries of state, including Republicans, have sent absentee ballot applications to all voters ahead of upcoming elections. Among them, West Virginia, Georgia, Iowa, and Nebraska. And other states have changed their upcoming primaries to entirely vote-by-mail because of the coronavirus pandemic.

Trump’s tweets come as he has urged his political aides to be aggressive in fighting efforts by Democrats to expand mail in voting in upcoming elections. The Republican National Committee has devoted $20 million to the effort in more than a dozen states.

But Trump’s latest tweets threaten the delicate balancing act that Republicans have been trying to strike on the issue. They have argued that while they do not oppose mail-in voting, they oppose Democratic-pushed changes that they argue could make voter fraud more prevalent. Studies have found voter fraud is rare in US elections, including in places where vote-by-mail is widespread.

But with Trump’s latest tweets, he attacks one key method Republicans have pushed to combat fraud: requiring voters to submit an application before receiving ballots. Republicans argue that ballot applications allow states to clean up their voter rolls before sending ballots to voters.

RNC Chairwoman Ronna McDaniel said on a conference call with reporters this week that she didn’t have an issue with absentee ballot request forms being sent to voters but opposed ballots being sent directly to voters without request.

And Trump campaign spokesman Tim Murtaugh told CNN that the party does not oppose absentee voting, but rather opposes sending all voters a ballot without an application.

Asked if McDaniel stands by her comments in light of the President’s tweets, Michael Ahrens, a spokesman for the RNC, said “the RNC has been clear that we support a lawful absentee ballot process with the proper safeguards in place like signature verification, which Democrats have simultaneously sued to remove.

“We do not support overreach by the courts or by Democrats,” he added.

In Nevada, also a swing state that will be hotly contested in November, the state’s Republican secretary of state moved to mail ballots to all registered voters ahead of the state’s primary. Nevada already allows voting by mail for any reason.

The Nevada secretary of state’s office said in a statement Wednesday that Secretary of State Barbara Cegavske, along with Nevada’s 17 county election officials, “made the necessary and prudent decision” in March to use mail-in ballots for the 2020 primary election.

The decision, the statement said, “was not made lightly,” and each county has “established processes and procedures in place for safe and secure mail-in voting.”

Trump’s instance on broadly attacking vote-by-mail has perplexed many Republicans, who see no advantage to either party in vote-by-mail. Most recently, in a California special election conducted almost entirely by mail this month, the Republican candidate won, flipping a US House seat that had been held by Democrats.

“The most effective, diligent Republican campaign operatives will be developing their own vote-by-mail strategies & programs because they know a) GOP voters want and need that option and b) to defend status-quo voting protocols in a pandemic would be a mistake,” wrote Republican strategist Kevin Madden on Twitter.

Last week, a Republican close to the White House told CNN that there is no political advantage to either party on vote-by-mail.

“I think the advantage of vote-by-mail goes to the campaign with the best organization,” the source said.

This story has been updated to reflect that Trump deleted his initial tweet on Michigan and sent a new one that accurately described the state’s absentee ballot initiative. 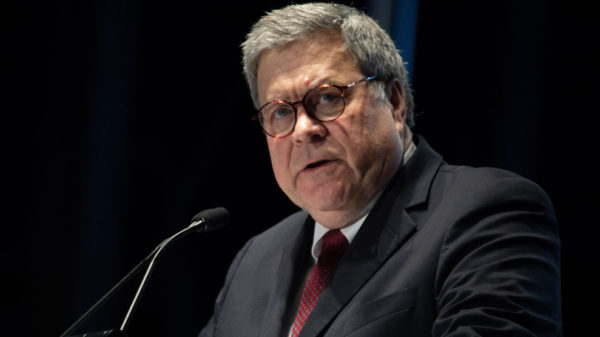