SAN FRANCISCO — When Senator Elizabeth Warren of Massachusetts addressed a few hundred donors last week at a fund-raiser for the Democratic National Committee, she called for “big, structural change” and hurled her familiar populist lightning bolts at the forces of concentrated wealth.

But Ms. Warren did not attend the event just to recite her stump speech. She had another, more tailored message for the Democratic check writers, state party leaders and committee members who were gathered at the elegant Fairmont San Francisco.

“Last year, I was running for re-election, but I didn’t hold back,” she said, reminding attendees that in the midterms she had helped more than 160 congressional candidates and nearly 20 hopefuls in governors’ races. “In fact, I raised or gave more than $11 million helping get Democrats elected up and down the ballot around the country” and “sent contributions to all 50 state parties, the national committees and the redistricting fight.”

Her point was easy to grasp: While her liberal agenda may be further left than some in the Democratic establishment would prefer, she is a team player who is seeking to lead the party — not stage a hostile takeover of it.

As Ms. Warren steadily rises in the polls she is working diligently to protect her left flank, lining up with progressives on nearly every issue and trying to defuse potential attacks from supporters of Senator Bernie Sanders of Vermont. “I’m with Bernie,” she responds when asked about what is perhaps the most contentious issue of the primary race: “Medicare for all.”

Yet publicly, and even more in private, she is signaling to party leaders that, far from wanting to stage a “political revolution” in the fashion of Mr. Sanders, she wants to revive the beleaguered Democratic National Committee and help recapture the Senate while retaining the House in 2020.

[Sign up for our politics newsletter and join our conversation about the 2020 presidential race.]

In phone calls, text messages and small gatherings before her rallies, as well as in one-on-one meetings over hot tea at her Washington condominium, Ms. Warren is simultaneously courting and assuring Democratic town leaders, statewide officials and the chiefs of the country’s largest unions.

The outreach is not just an effort to avoid the confrontational approach Mr. Sanders took in 2016, when he inveighed against party insiders and the committee itself, which he correctly believed was favoring Hillary Clinton. Ms. Warren is also trying to allay concerns among Democrats that, as a progressive candidate proposing sweeping change, she may not have enough mainstream appeal to compete with President Trump in the general election.

Most of the other White House contenders are, of course, also wooing party officials. But the more establishment-aligned candidates like former Vice President Joseph R. Biden Jr. and Senator Kamala Harris of California do not face the same questions about their visions for party politics. And interviews with about two dozen Democrats who have been in contact with Ms. Warren reveal that her style of courtship has been unusually determined.

Troy Price, the chairman of Iowa’s Democratic Party, said Ms. Warren called him the day he was re-elected to his post last year, immediately after the midterm elections and on the day she entered the race.

“All of the sudden the cellphone is ringing and it’s her — not a staffer,” added J. David Cox, the president of the American Federation of Government Employees, calling Ms. Warren “the most aggressive” of the Democratic contenders in pursuing him.

Ms. Warren’s wooing could prove important should the nominating contest deadlock at the Democratic National Convention next summer: Many of the officials she is courting are so-called superdelegates, who are able to cast a binding vote should the primary go beyond a first ballot.

Beyond the potential electoral advantages, the relationships Ms. Warren is cultivating could prove just as powerful for symbolic purposes.

While in San Francisco, Ms. Warren met privately with Randi Weingarten, the president of the American Federation of Teachers, who in 2016 was one of Ms. Clinton’s most outspoken supporters in the labor movement. Ms. Warren and Ms. Weingarten have developed a close relationship, frequently talking about education issues, and Ms. Weingarten recalled how the senator reached out to her with encouraging words when her union sued Betsy DeVos, the education secretary, over a student loan forgiveness program.

Then there is Representative Raúl Grijalva of Arizona, who was Mr. Sanders’s first congressional supporter in the 2016 election but who is now backing Ms. Warren.

So is Representative Deb Haaland of New Mexico, who last year became one of the first Native American women elected to Congress.

Ms. Haaland attended the San Francisco fund-raiser, sporting a Warren lapel pin, just a few days after she introduced and defended Ms. Warren at a forum dedicated to Native American issues in Iowa. After being sharply criticized from the right and the left for claiming Native American ancestry, Ms. Warren has apologized and taken down a 2018 video from her campaign website in which she trumpeted the results of a DNA test examining her heritage.

Ms. Haaland said that Ms. Warren helped raise money for her campaign last year and that the two had met in the senator’s office and over tea in Ms. Warren’s condominium this year.

“We’re friends, we text each other,” said the congresswoman, noting that she and Ms. Warren were also working together on legislation to establish universal child care and to provide resources to Native Americans.

While Ms. Warren has been careful to avoid directly criticizing Mr. Sanders, her regular references to being a capitalist withstanding, she is also quietly taking steps within the party to make clear that she does not want to create a competing power base should she become president.

She was one of the first Democratic candidates to sign a pledge circulated last month by the Association of State Democratic Committees vowing not to create any parallel political or organizing infrastructure that would compete with the national or state Democratic parties.

The same pledge, which was shared by a Democratic official, also includes a promise “to share all of my data collected during the presidential campaign with the D.N.C. and with state parties.”

The state leaders were trying to ensure that the eventual nominee would turn over his or her fund-raising list and any voter file that was compiled for future races. More broadly, they also wanted to ensure that the nominee’s political organization is housed within the architecture of the party.

This was done partly out of concern over Mr. Sanders, who has refused to share his 2016 supporter list with the party. (The senator’s aides are quick to note that he has raised nearly $10 million for Democratic candidates and committees dating to his first presidential bid.)

But party leaders are just as concerned about the actions of former President Barack Obama: The Democratic National Committee wants to ensure that its nominee has no designs on creating a competing political entity in the mold of Mr. Obama’s Organizing for America, which aimed to push his agenda as president. Many Democrats fault it for weakening the party infrastructure because it diverted money and focus from the committee.

Ms. Warren’s outreach, though, extends well beyond the committee. Armed with call sheets compiled by her staff, the senator spends much of her time in transit on her phone, dialing up lawmakers, local party leaders and liberal activists. If she is not talking on the phone, she is often texting or writing personal notes.

Claire Celsi, an Iowa state senator who has said she is considering supporting Ms. Warren and Ms. Harris, recalled receiving a note and an inscribed copy of Ms. Warren’s book “This Fight Is Our Fight” this year.

Ms. Warren’s campaign events often begin out of public view, when she meets with a small groups of Democratic officials in gatherings, called “clutches,” for pictures and a few minutes of conversation. While the size of her crowd last week in St. Paul — roughly 12,000, her campaign said — drew headlines and attention on social media, her meeting beforehand with a few state lawmakers may have been even more memorable for them.

That was the case for Lisa DeMio, the chairwoman of the Democratic town committee in Hampstead, N.H., who met with Ms. Warren before the senator’s town-hall-style meeting in Derry last month.

“It was a little more intimate,” said Ms. DeMio, adding that, while she cannot officially endorse in her capacity as chairwoman, Ms. Warren is her first choice personally.

There are other Democrats like Ms. DeMio who can’t, or probably won’t, endorse Ms. Warren but who nevertheless have been on the receiving end of her personal touch.

The senator has emailed with Tom Vilsack, a former Iowa governor and agriculture secretary who has a longstanding relationship with Mr. Biden, to ask about agricultural policy, according to Democrats familiar with their exchanges.

Gilda Cobb-Hunter, a state representative in South Carolina, said even though she had made clear that she would not endorse in the primary race, Ms. Warren had reached out to her several times. “She’s persistent but not pushy — she doesn’t do the real hard sell,” Ms. Cobb-Hunter said. “Her staff does the soft follow up.”

That is sure to happen again next week, when Ms. Warren heads to South Carolina State University for a town-hall-style meeting as a guest of one of the university’s most famous graduates, Representative James E. Clyburn, to discuss a bill they have jointly introduced related to student loan debt. Mr. Clyburn has long been an ally of Mr. Biden.

The Education of Elizabeth Warren

Many Democrats Love Elizabeth Warren. They Also Worry About Her.

How Elizabeth Warren Learned to Fight

Elizabeth Warren Has Lots of Plans. Together, They Would Remake the Economy.

Elizabeth Warren Gains Ground in 2020 Field, One Plan at a Time

Jonathan Martin is a national political correspondent. He has reported on a range of topics, including the 2016 presidential election and several state and congressional races, while also writing for Sports, Food and the Book Review. He is also a CNN political analyst. @jmartnyt 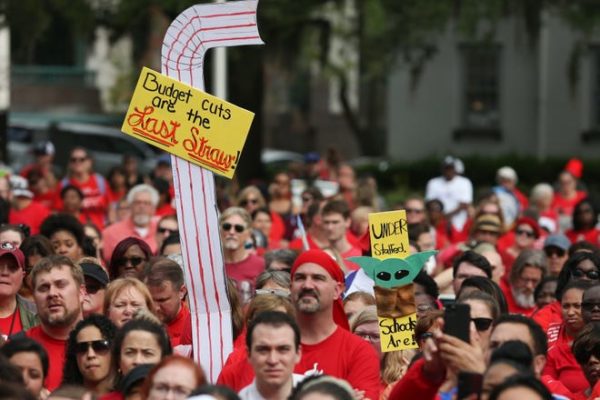 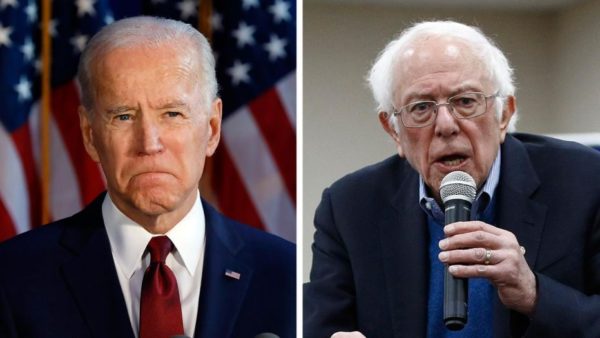