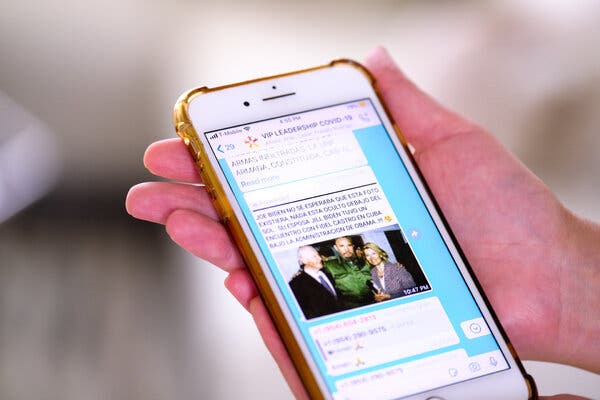 MIAMI — Even by the permissive standards of partisan talk radio, the grave warning from the host of a program on a popular Spanish-language station in Miami one afternoon in September was outlandish.

Carinés A. Moncada, the host, claimed that a co-founder of Black Lives Matter practiced “brujería” — witchcraft.

“And whoever votes for Biden, unfortunately, is supporting that,” she concluded.

Ms. Moncada appeared to be citing News Punch, a website known to publish conspiracy theories. She posted a link to a story the site published about witchcraft on Twitter. It was based on an interview in which the Black Lives Matter co-founder mentioned invoking the “spirits” of people who have died.

By repeating the racist tropes on the radio, Ms. Moncada spread it beyond her 45,000 Twitter followers and into South Florida’s mainstream broadcast media, a worrying circle of misinformation targeting Latino voters in the nation’s biggest presidential battleground state.

Some of the wild and baseless claims question the validity of the coronavirus death toll, and question whether Joseph R. Biden Jr. can be president because of his Catholic faith.

But some of the most insidious messages disseminated to Spanish speakers across the country, like the one shared by Ms. Moncada, are intended to pit Latino and Black voters against one another by using racist language — sometimes veiled, sometimes not — to cast those who protest police violence as untrustworthy and dangerous. The efforts aim to draw clear distinctions between Black and Latino voters, though Afro-Latinos make up a sizable part of the population.

Researchers say that the scale and extreme nature of misinformation, after ramping up in every election cycle for the past several years, have spiked this year.

“They feed into real fears, about the pandemic, about socialism and exploiting potential gaps within communities, between the Black community and the Latino community,” said Jacobo Licona, who studies misinformation for Equis Labs, a liberal-leaning Latino research group. “There’s misinformation from people not even understanding how they are spreading it, that continues to stoke real tension and anxiety right now.”

It is difficult, if not impossible, to know how much of an impact the false information is having on voters so far. Some Democratic strategists privately noted that internal polling was not showing that the rumors were effective in flipping would-be supporters of Mr. Biden toward voting for President Trump.

But experts say that much of the disinformation is designed to suppress support for Mr. Biden and is likely to increase in the final weeks of the campaign. If people are bamboozled, or take a pox-on-both-their-houses attitude, they may not bother to vote at all. Many researchers believe that disinformation, particularly in the final days of the campaign, most likely contributed to lower turnout among Black voters during the 2016 election.

But the outright disinformation — the deliberate spreading of falsehoods — is coming almost exclusively from conservatives, researchers say, including from a crop of right-wing Spanish-language websites that are designed to look like nonpartisan news outlets. Liberal activists and experts have struggled to keep up with an accurate response, in part because of language barriers and because so much has been spread in private, closed groups.

Last month, the media nonprofit Poynter Institute announced a collective that included the Telemundo and Univision networks to combat misinformation on the messaging platform WhatsApp. A spokesman for WhatsApp said in an email that the platform has taken other steps to “help address the challenge of misinformation — to limit abuse and empower users,” including creating new limits on forwarding messages, in order to combat the spread of rumors.

Experts say that while YouTube took steps last week to remove content tied to the QAnon conspiracy theory, much of it remains in Spanish-language videos on the site.

And the private messaging has already seeped out to the public in Florida.

A vote for Mr. Biden, Ms. Moncada said on Actualidad Radio, Miami’s most popular AM radio station, according to Nielsen, with a niche among Venezuelan-Americans, means supporting anarchy and violence. “That is what you are voting for,” she warned.

Ms. Moncada did not respond to multiple requests for comment.

“This matter was handled internally and there are no further comments,” Adib Edén, the president of Actualidad Media Group, said in an email, without elaborating on what internal action was taken.

Many experts fear that the conspiracy theories are more dangerous amid the coronavirus pandemic, when people are searching online for information to keep themselves safe.

On YouTube, for example, a viewer watching horoscope videos can quickly be led to see content on supposed homeopathic medical remedies, which can then morph to conspiracy theories calling the response to the coronavirus overblown.

It is something akin to a slip-and-slide of falsehoods.

Misinformation proliferates first online, then is often shared on WhatsApp, which is particularly popular among Latino immigrants. Then, in Florida, it trickles into the Miami media market’s largely unchecked ecosystem of niche Spanish-language newspapers and radio and television stations, whose right-wing hosts and commentators amplify some of the pernicious messages.

How Does It Feel to Be Impeached? These Mayors Can Tell You All About It. – The New York Times 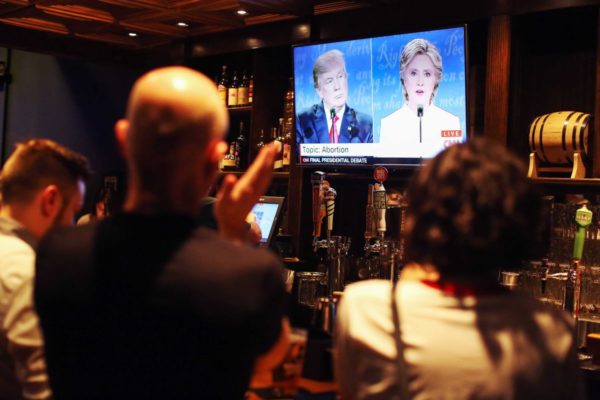