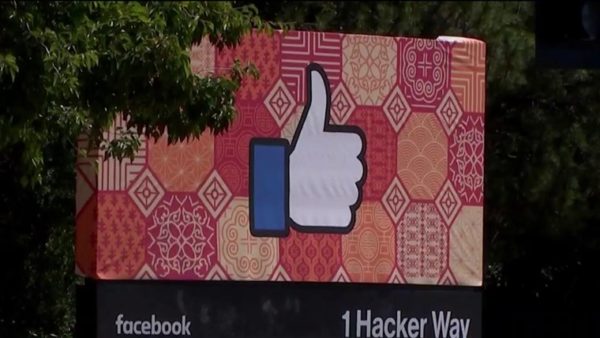 Some Democrats are itching to compete with the president at his own game — at least on Facebook.

While many Democratic politicians and academics are hammering Facebook for its ad policies — most notably its willingness to let political campaigns run ads with falsehoods — smaller liberal groups are breathing a sigh of relief.

Facebook announced Thursday that it would not be making any major changes to its advertising policies, leaving in place not only the rules that allow for ads with misleading claims but also the microtargeting abilities that allow campaigns to go after narrow slices of voters.

It’s those targeting tools that progressives plan to use to mobilize against President Donald Trump.

“It’s a net benefit to Democrats,” said Madeline Kriger, integrated media director at the liberal group Priorities USA, about the decision to keep micro-targeting of ads on Facebook.

Facebook’s move gave a measure of certainty to Democrats and liberal organizers who worried that the backlash against its role in elections and politics might inadvertently end up hurting their ability to organize.

Facebook and its sibling network Instagram may remain a Wild West of political ads during the 2020 presidential race, but for now it’s a battleground that left-leaning organizers feel comfortable fighting on.

“Facebook made the right call on this,” Tara McGowan, founder of the liberal group Acronym, said in a statement. Limiting how campaigns target ads “would have unnecessarily restricted a valuable tool that campaigns of all sizes rely on,” she said.

Facebook’s critics, however, remain adamant that allowing the combination of misleading ads and microtargeting provides a way for campaigns to undermine the democratic process — most notably because it allows campaigns to tailor messages to specific groups that cannot be seen more widely, in contrast to TV ads that are seen by everyone watching a particular channel.

“I was really expecting something a lot more substantive than this,” she told CNBC.

Facebook’s decision put it as odds with Google, which in November said it would limit ad-targeting based on political affiliation, and with Twitter, which in October suddenly halted political advertising with few exceptions.

But left-wing groups face a well-funded and digitally savvy opponent in Trump.

Trump’s campaign does micro-targeting well on Facebook, Kriger said in a phone interview, “but I have every confidence in Democratic campaigns and candidates to compete with him.” She said Facebook’s decision would help grassroots-based organizations with fundraising, finding members and spreading their messages.

Get breaking news and insider analysis on the rapidly changing world of media and technology right to your inbox.

Other Democratic-aligned groups echoed that sentiment, hailing the powerful ad-buying system that allows a marketer to choose a narrow, specific audience based on factors such as location, age and interests.

Facebook had political campaigns on the edges of their seats for months while it debated internally whether it should shake up its policies and follow Google or, less likely, Twitter.

The answer, delivered in a blog post on Thursday, was that Facebook wasn’t changing much. It closed the door to banning campaign ads altogether and even to limiting targeting, and it said it wouldn’t revisit its policy of exempting politicians’ ads from the usual fact-checking standard for Facebook ads.

Changes to Facebook’s online library of ads and to user controls over advertising will arrive in the coming months, Leathern wrote.

Tim Murtaugh, a spokesman for the Trump campaign, said the campaign was pleased it wouldn’t face an altered landscape at Facebook as it will at Google and Twitter.

“Our ads are always accurate, so it’s good that Facebook won’t limit political messages because it encourages more Americans to be involved in the process,” he said. “This is much better than the approaches from Twitter and Google, which will lead to voter suppression.”

Murtaugh said a “loophole” in Facebook policies would still create an uneven playing field, though, because the news media could still bombard voters with biased ads.

Democrats dispute the Trump campaign’s accuracy, but Facebook has declined to take sides. In October, Facebook rejected a request from the campaign of former Vice President Joe Biden, a leading Democratic candidate, to remove a Trump campaign ad with the unproven statement that Biden had “offered Ukraine $1 billion to fire the prosecutor investigating a company affiliated with his son.”

Facebook declined to fact-check the ad, arguing to the Biden campaign that “in mature democracies with a free press,” political speech is already highly scrutinized.

In 2016, Trump prevailed in part by out-performing Democratic rival Hillary Clinton with bursts of surgically targeted ads on Facebook.

Dan Schnur, who teaches political communications at Pepperdine University and the University of California, Berkeley, said he thinks Facebook has calculated that there’s no reason to drastically change how the company handles political ads, because the criticism over the past three years hasn’t hurt its bottom line.

“They’ve clearly decided that the reputational costs aren’t going to be all that harmful to them,” Schnur said.

And by keeping its ad system more open than either Google or Twitter, he added, Facebook has established a competitive advantage that will increase its role in political dialogue.

“If I’m running a political campaign and I want to target voters by categories other than gender and age, Facebook isn’t the only game in town but it’s by far the most influential one,” said Schnur, a former spokesman for Sen. John McCain, R-Ariz. “The competitive advantage they achieve isn’t just financial. It increases their dominance of the online political conversation.”

Politicians of all stripes have little choice but to spend money on Facebook and Instagram for a straightforward reason: It’s where the eyeballs are. A survey by the Pew Research Center found that almost 70 percent of American adults use Facebook, with about three-quarters of them using it daily.

“You can’t say: ‘I’m going to delete Facebook. I’m not going to use it,’” said Adriel Hampton, a digital advertising expert who is running for governor in California in part to protest Facebook’s policy of exempting politicians from fact-checking.

“That’s like saying, ‘I’m not going to vote because the system is broken,’” he said. “It’s incumbent on a democracy to stand up and assert authority over reckless corporate behavior.”

Hampton, though, is hoping Facebook’s latest decision isn’t the end of the story. He has urged the California Legislature to take up regulation of political ads, though state lawmakers would need to move quickly to meet legislative deadlines.

And even some Facebook veterans feel the company is still in the wrong. Alex Stamos, a former chief security officer at the company and an NBC News contributor, tweeted that he was “disappointed with the Facebook ad decision.”

“Not a smart move for the company,” he wrote, adding that limits on microtargeting and basic fact-checking on claims by opponents “represent a defensible, nonpartisan and helpful position.”