In federal court, Louisiana elections officials unsure if mail ballots can be counted on time – The Advocate

The number of mail ballots already requested for the November presidential election has almost tripled, leaving the Louisiana Secretary of State’s Office worried it won’t be able to count them fast enough, according to testimony Wednesday in federal court.

“The milk jug is full,” said Commissioner of Elections Sherri Wharton Hadskey, who is Secretary of State Kyle Ardoin’s aide in charge of the 235 employees who do the hands-on work to put on elections.

“I am extremely concerned about getting the results on Nov. 3,” Hadskey said, adding the tight schedule could interrupt preparing for the Dec. 5 runoff.

U.S. District Judge Shelley Dick, of Baton Rouge, ended two days of hearings asking for briefs, no more than 25 pages long, to be filed Thursday. She added that she would render a “written ruling in these proceedings as quickly as humanly possible.”

How did the first day of the Louisiana elections federal trial go? It ended early, and here’s why

Whatever she decides about how Louisiana will vote in November likely will be appealed to the 5th U.S. Circuit Court of Appeals, based in New Orleans.

With additional ballots from larger parishes, it could take two to six days to count all the votes, Hadskey said. The latest her office has ever been in finishing the count was 4 a.m. the next day.

She expects 65% of the 2.9 million registered Louisiana voters will participate in November’s presidential election, which is why her division began preparing for it in February.

Hadskey voiced concern about handling voters and polling stations displaced by Hurricane Laura. But it’s the dramatic increase in requested mail ballots, coupled with the expected high turnout, that gives her pause, she said.

About 60,000 voters usually cast mail-in ballots under the state’s existing laws. But about 156,000 absentee mail ballots already have been requested, she testified.

In the July primary, about 92% of those seeking mail ballots qualified under the law for being 65 or older. Only 2% used a coronavirus-related excuse.

Under existing state law, each parish’s board of commissioners usually verifies the registration and checks the envelope to ensure everything is OK. Those that are correct can be counted on a scanner. The votes that can’t be scanned need to be physically inspected.

Hadskey said she fears not enough time will be available to get the count on election night.

If it takes even a couple of days to reach a final tally, the Secretary of State’s Office won’t have time to get ready for the Dec. 5 runoff.

Ballots need to be certified, and challenges and recount requests must be addressed, but all the various processes can’t start until the votes are counted. And Hadskey said her division can’t start building the December ballot until those processes are complete.

For the Nov. 3 election, the state has 684 different ballot styles, based on who is running in a particular precinct.

The mail-in ballots are specially printed by a contracted printer that has been vetted and certified to ensure security as well as meet specifications.

Four experts testified and lawyers on both sides pounded on the point that no studies could definitively tell if voters caught COVID-19 at the polls.

Secretary of State Ardoin’s emergency protocols for the July 11 and Aug. 15 primaries allowed voters to seek an absentee ballot if they were at a higher risk of severe illness from COVID-19 because of underlying medical conditions; were subject to a quarantine order; were experiencing symptoms of COVID-19 and seeking medical confirmation; or were caring for someone who was isolated because of the disease.

But Ardoin’s plan for November-December rolled back those COVID-related absentee exceptions to only those voters who test positive for COVID-19 during a two-week window between the Oct. 20 beginning of early voting and Election Day. Otherwise, only those already covered by state law — including registered voters over the age of 65, those who are out of town or those in the disabled program — are able to get an absentee mail ballot.

Republicans in the Legislature warned Ardoin that they would not accept as broad an emergency plan for the November-December elections.

On a largely party-line vote, the Louisiana House on Wednesday approved of Ardoin’s latest emergency plan on a vote of 62-32 and the state Senate said yes on a 27-11 vote. The ballots were delivered by mail.

A few days before a federal court conducts a hearing over his emergency elections plan, Secretary of State Kyle Ardoin announced Wednesday som…

But state law requires that Gov. John Bel Edwards also approve the plan, and he did not.

Though named as the main defendant in the lawsuit, the Democratic governor sided with the Harding plaintiffs, asking Dick to reinstate Ardoin’s emergency election plan for the July-August primary elections.

Attorney General Jeff Landry and Ardoin, both Republicans, argued in federal court that absentee balloting is not a constitutional right and that the state needs to protect its elections from fraud.

The defendants also pointed to a Sept. 1 opinion by Landry saying many voters concerned with underlying conditions made more dangerous by COVID-19 and making infections more likely could still apply to receive an absentee mail ballot under state law. Voters could apply for the state disability program, which requires certification of the voter’s disability by a physician.

Dr. Philip Bari, a New York expert testifying for Landry, raised questions about the interpretations of testing. But he also said if someone were in quarantine, which is required of people who have been in contact with an infected person, he would not consider them to be disabled.

Impeachment is a political process by design. Thatâ€™s not a bad thing. – Bangor Daily News 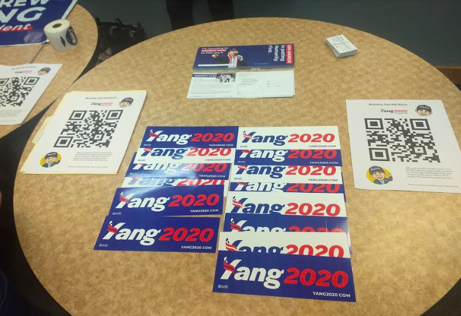 How many Americans actually donate to political candidates? – PolitiFact