In recent weeks, the Senate majority leader has become so concerned over Republicans losing control of the Senate that he has signaled to vulnerable GOP senators in tough races that they could distance themselves from the President if they feel it is necessary, according to multiple senior Republicans including a source close to McConnell.

That could mean breaking with Trump on the administration’s response to the coronavirus pandemic and the continued efforts by the President to paint an optimistic picture despite rising cases and deaths across parts of the country, especially in many Republican states in the South and Midwest.

While this may give some senators the flexibility to draw a distinction between themselves and the President, it also forces them to walk a tightrope. Trump remains enormously popular with the Republican base, and any attempts to undercut him risks alienating those voters.

“These vulnerable senators can’t afford to explicitly repudiate Trump,” said one senior Republican on Capitol Hill. “They just need to show they are independent on issues important in their states.”

Still, Trump continues to give GOP senators ways to make their break with him easier.

The President’s sustained assault on mail-in voting lacks GOP allies. And his suggestion on Thursday morning to delay the election drew open rebukes from many top Republicans, including multiple senators up for reelection, as well as McConnell.

“Never in the history of the country, through wars, depressions and the Civil War, have we ever not had a federally scheduled election on time. We’ll find a way to do that again this November 3rd,” the majority leader said in an interview with WNKY.

Republicans currently have a three-seat majority and at least six incumbent senators who face serious Democratic challengers. Senior Republicans say the most vulnerable are Sens. Martha McSally of Arizona, Thom Tillis of North Carolina and Cory Gardner of Colorado. Despite polls showing a tight race in Maine, GOP sources in recent weeks have sounded more optimistic about Sen. Susan Collins, long a target of Democrats and liberal interest groups.

Sens. Joni Ernst of Iowa and Steve Daines of Montana are also of concern. While some Republicans believe they are both in good shape, other GOP sources tell CNN those races are exceedingly tight and that both candidates’ fortunes may ultimately depend on how Trump does on Election Day in both states. The senior Capitol Hill Republican even expressed caution about Sen. Dan Sullivan, the first-term Alaska Republican otherwise thought to be relatively safe.

With Republican nominee Tommy Tuberville expected to defeat Alabama Democratic Sen. Doug Jones in November, McConnell can afford to lose up to three of those endangered seats and still keep a slim majority.

But the size of a net defeat for the GOP matters. Even if they lose control of the majority, Senate Republicans can effectively play defense against Democratic legislation with a large enough minority and a handful of moderate Democratic defectors. But if GOP losses in the Senate are too great, their ability to use the filibuster to force a supermajority vote to proceed on legislation will be rendered meaningless.

“Even if we lose the majority, it matters that we have 49 seats,” said the senior Republican on the Hill. “If we have 45, we can’t stop (with) the filibuster. Every seat counts.”

And the trajectory of the presidential race — Joe Biden leads Trump by 14 points nationally in the most recent CNN poll — and the persistence of the coronavirus pandemic have made the project of protecting the GOP’s margin even more urgent.

“GOP major donors are redirecting money to the Senate races,” said Fred Zeidman, a Republican donor from Texas. “The Senate is the firewall. We have got to make sure that we hold the Senate no matter who is elected president.”

There are a few signs Republicans are already beginning to differentiate themselves in subtle ways from Trump. Publicly, McConnell has embraced and promoted mask-wearing as the “single most important thing” people can do — days and weeks before Trump finally tweeted his support for mask-wearing. A new Collins ad shows a photo of her surrounded by Democratic colleagues as she claims to be “bipartisan” and “effective” for Maine, while Gardner has emphasized his environmental conservation bona fides.

“They are being elected to represent a state, so they ought to have the freedom to represent the people who are voting for them,” said Zeidman. “And if that means taking positions that are not totally approved of or consistent with the White House, that’s what a democracy is about.”

Getting reelected as a Republican in 2020, however, is largely about changing the subject from Trump and his response to the pandemic.

Endangered GOP senators have turned to touting their own positive acts, from individual line items in the first pandemic economic stimulus bill to extra efforts to solve testing problems in their home states. Tillis’ campaign points to a letter the North Carolina Republican wrote to Vice President Mike Pence in March asking for more coronavirus tests. And in his first campaign ad this year Gardner highlighted local news reports on his successful efforts to import masks and Covid test kits from East Asia to Colorado.

Last week Gardner joined three of his colleagues in tough races — Tillis, Collins, and McSally — to sign a public letter encouraging McConnell to include spending on clean energy projects in the latest round of stimulus spending.

Liam Donovan, a Republican strategist, said this kind of negotiating by endangered GOP senators in the stimulus bill “tells you everything you need to know” about the state of the election and the expectation that Trump is heading toward defeat.

“Vulnerable members desperately need something to get done while their ambitious colleagues in safe seats are writing off 2020 and thinking about how what they do and say now will look in 2024,” said Donovan.

Caught in a bind

Still, most Republican Senate candidates are sticking closely to the President. It’s unlikely McConnell or Republican Senate candidates will rebuke Trump directly, even if the President continues to trail Biden. However toxic it may be with suburban moderates, the Trump brand remains a key connection for GOP senators to the party’s base. Last week, for example, Gardner appeared alongside presidential daughter and White House adviser Ivanka Trump at an official event on childcare in Colorado.

For other candidates, distance between themselves and Trump isn’t even an option. Republican operatives say that in places like North Carolina and Arizona, the fate of incumbent GOP senators will be irrevocably tied to Trump.

That puts endangered GOP senators in a dilemma. There’s little incentive for Republicans to break with the President and risk losing support from his base, who make up a critical part of the GOP coalition. But drawing any contrast with the President, at least on Covid, opens up the door to winning over those swing voters who will vote against Trump and would otherwise oppose the President’s down-ballot allies.

McSally, who trails her Democratic challenger Mark Kelly in nearly every recent poll, finds herself caught in this bind.

One recent CNN poll of Arizona registered voters found 60% disapprove of Trump’s handling of the coronavirus, suggesting there could be an opening to criticize the President, or at least distinguish herself from him. But McSally’s path to victory requires every Trump voter to also pull the lever for her. Any distance McSally tries to put between herself and Trump risks making things worse. Multiple Republican sources told CNN they believe McSally is the most vulnerable and is likely to lose.

The campaigns of both McSally and Tillis say their focus will be on drawing a contrast between themselves and their Democratic opponents on which party will be best positioned to reignite the economy. But their overall focus is off Trump — a strong indication that there’s not much more to be gained from an association with the President.

Republican money may begin to also gravitate most heavily to the Senate side of the ledger. In June, GOP megadonors Sheldon and Miriam Adelson donated $25 million to McConnell’s Senate Leadership Fund, giving the super PAC $97 million in the bank at the end of the second quarter. (During the same period, the Democratic counterpart to SLF, Senate Majority PAC, raised $30 million and by the end of June had $87 million in cash.)

The National Republican Senatorial Committee, meanwhile, has spent through the first half of the year between $4 and 6 million in North Carolina, Colorado and Iowa, while spending a little more than $3.5 million in that same time in Maine (where outside super PACs on both sides have spent a great deal) and in Arizona.

That tracks with where super PACs on both sides have been prioritizing their spending in recent weeks. According to Kantar Media, TV and digital ad spending for Senate races during the month of July was the highest in North Carolina, Iowa and Colorado (along with Kansas, which has a competitive GOP Senate primary in August).

There are some in Washington who are less dire about the circumstances for the GOP. Scott Reed, the veteran Republican strategist who runs the Chamber of Commerce’s political arm, sounded a hopeful note about the ability for first-term GOP senators like Gardner and Tillis to close the deal on reelection.

“The Presidential race will tighten and this Senate class of 2014 is sharp, strong and well versed at winning,” said Reed, who echoed other Republicans in giving Collins the best shot of the four vulnerable GOP senators of winning reelection.

One senior Republican who spoke to CNN was more distraught about where Trump has put the party fewer than 100 days before the election. “Where can we play offense? Zero places,” said this Republican. “Where is he playing defense? All the places he shouldn’t have to worry about.” 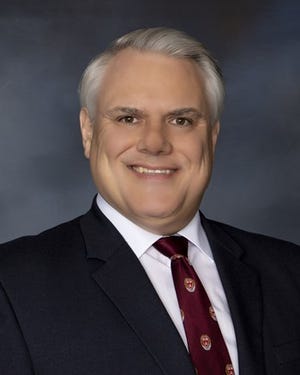 The Money Farmers: How Oligarchs and Populists Milk the E.U. for Millions – The New York Times