The issues are mostly the same – but the party affiliation is different.

Both have revamping water and sewer rates, beefing up public safety and enhancing the Indiana 930 corridor on their list of priorities in a race that’s been generally quiet.

Peterson, a surprise entry in the race after the primary failed to attract a Democrat, is a self-described political newcomer. He is a longtime New Haven police officer who is a school resource officer stationed at New Haven High School.

McMichael owns and is managing broker for Re/Max Imagine Real Estate in New Haven. Having been the 5th District representative on the City Council for four years, he is in his second year as council president.

Peterson’s approach to the water/sewer rate issue, which he called New Haven’s most pressing, is to negotiate lower fees. He said for a family of three, the cost of service in New Haven is “probably $50 a month higher on average” than for a similar family in Fort Wayne, whose utilities serve residents in both municipalities.

“I’m not saying it’s not justified,” he said of the higher cost. “But maybe we can negotiate it down a little bit and make it fairer for those of us who live out here in New Haven. It just seems to go up and up.”

McMichael has similar ideas to those he ran on in the primary. Last week, McMichael said he would create a volunteer board of residents, businesses and nonprofits to search for “options moving forward.”

He suggested options might include a regional water/sewer district with New Haven, Fort Wayne and Allen County, building a dedicated water/sewer plant and recalibrating rates, including adjusting the minimum usage fee.

The second alternative would likely cost $85 million to $100 million, “so there isn’t any savings there,” McMichael said, adding the rate issue is “very complicated” because of the various ways New Haven residents use some or all of the services.

“It’s not just fighting Fort Wayne over what they charge us,” he said.

Although first-year pay of about $47,000 is competitive, he said, a first-class patrol officer tops out at about $57,000 after about two years, leaving those with longer tenure scant reason to stay.

McMichael said his plan is to add one officer a year in his first four-year term. That would result in increasing the current patrol roster of 12 to 16 by 2023.

“We cannot be the training ground for Fort Wayne and Allen County,” he said, adding that additional officers would help with the longevity problem by allowing New Haven to have more specialty officers who could command higher salaries.

The area would allow council to authorize tax incentives for commercial and multifamily development – areas that have not received as much emphasis in recent years as industrial development and redevelopment, he said.

“I’ve already had some very interesting discussions with developers,” he said. “They have a real interest in our vision of what New Haven will look like.”

He said an overnight-stay hotel might be a good fit for the corridor as more people come to the east side of Fort Wayne for sports and events at Indiana Tech.

Peterson said better promotion of development and commercial rental opportunities – and creation of events to bring people to the corridor – would go a long way.

He suggested a volunteer subcommittee to help plan and execute events.

Both candidates have been hosting meet-and-greet events and going door to door. They also have sought and received endorsements.

Peterson has received support from several unions, including the United Auto Workers.

So has New Haven Mayor Terry McDonald, who was first elected in 1999 and is retiring.

McMichael returns the praise: “If I get elected I get to build on 20 years (of progress) of Mayor McDonald,” he said. “I don’t have to tear down; I just can build on it. That’s a good position to have, and we want to take things to the next level.”

Peterson’s view is different. He said that although he does not have city leadership experience, he knows how the city runs.

“We need to change the politics as usual,” he said. “We are in definite need of more transparency, and we could certainly use a change in scenery.” 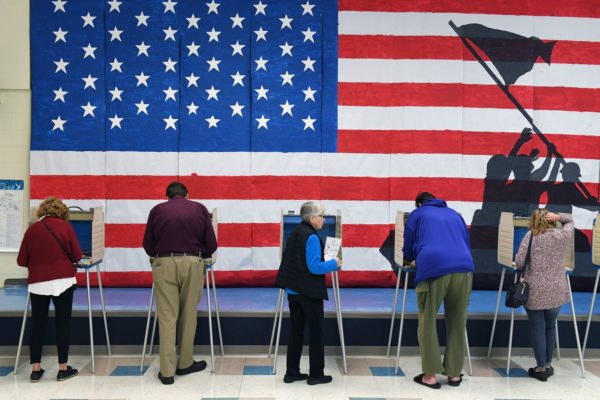